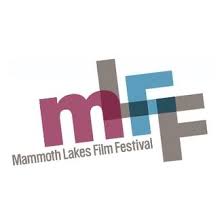 Shira Dubrovner, longtime resident of Mammoth Lakes, is a community organizer and leader, arts advocate, and film lover who followed her lifelong passion for cinema to become the founder of the Mammoth Lakes Film Festival. Shira is also the Artistic Director of this well regarded theatre company. After her experience creating a successful theatre in Mammoth (established at the Edison Theatre, which will serve as one of the key screening venues during this year’s film festival), she decided to introduce the community to her other passion – independent film – by creating the Mammoth Lakes Film Festival.  This year’s Mammoth Lakes Film Festival is a five-day festival that screens independent features and shorts in the spectacular setting of Mammoth Lakes—California’s premier mountain resort, high in the Eastern Sierras from May 24 – 28, 2017, Memorial Day weekend. The 3rd Annual Mammoth Lakes Film Festival, taking place  in the magnificent mountain setting of Mammoth Lakes, California, has announced its line-up of screenings, which will include premieres, festival favorites and classic films. The five-day festival will take place May 24-28, 2017, beginning on Wednesday with the Opening Night Screening of Cheech and Chong’s much-loved first feature UP IN SMOKE. Tommy Chong, one of its stars as well as its uncredited co-director, will be 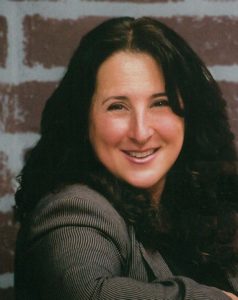 present for a Q&A after the screening, which is followed by the Gala Opening Night Party at the Sierra Events Center. Saturday evening will feature the SIERRA SPIRIT AWARD CENTERPIECE GALA & SCREENING: A Night with John Sayles. The evening will begin with a screening of his 1983 film BABY IT’S YOU starring Rosanna Arquette and Vincent Spano, followed by a conversation with Sayles and a presentation of the Sierra Spirit Award. Sayles’s credits include THE BROTHER FROM ANOTHER PLANET, MATEWAN, EIGHT MEN OUT, LONE STAR, and THE SECRET OF ROAN INISH, amongst others. In addition to the two classic films representing the work of Chong and Sayles, an additional 18 features will be screened over the five days of the festival. Feature documentary films in competition will include EIGHT (US Premiere), FOREVER B, (World Premiere), THE ISLANDS AND THE WHALES, OLANCHO, RAT FILM, STRAD STYLE and WHAT LIES UPSTREAM. Spotlight Screening Documentaries not in competition will include THE CHALLENGE, DINA, and MACHINES. Feature narrative films in competition will include NEIGHBORHOOD FOOD DRIVE, WITHDRAWN, SPACE DETECTIVE. Foreign films in competition will include COLD BREATH, THE ERLPRINCE, THE FIXER and THE GREAT UNWASHED (U.S. Premiere). The final Narrative Feature, not in competition, will be the rave-reviewed Sundance hit MENASHE, which has been picked up by A24 for distribution. In addition to the Opening Night Gala and the Sierra Spirit Award Event, there is a Filmmakers Bash on Saturday evening at Rafters featuring the band Jelly Bread and the Awards Ceremony on Sunday, May 27 at the Sierra Events Center. Founder and Director Shira Dubrovner joins us to talk about this year’s festival highlights.

For ticket sales and updates go to: mammothlakesfilmfestival.com