More than 50,000 local interpreters helped protect U.S. troops on the ground during the wars in Iraq and Afghanistan, 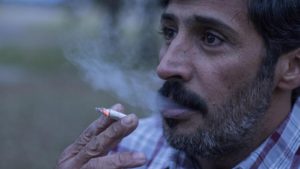 enabling soldiers to communicate with the local population. But those who took the job were often considered traitors in their own countries. From the acclaimed filmmakers of “Gaucho del Norte,” Andrés Caballero and Sofian Khan, comes the new feature documentary The Interpreters, making its World Premiere at Telluride Mountainfilm Festival on Memorial Day Weekend on Saturday, May 26 and Monday, May 28. The film tells the story of three interpreters woven together over the course of two years, following them as they struggle for safety in the aftermath of war and attempt to rebuild their lives. “The idea for The Interpreters came after meeting Phillip Morris,” said directors Andrés 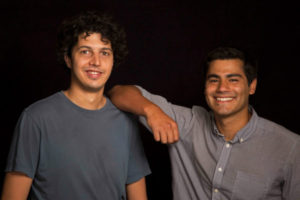 Caballero and Sofian Khan. “We were immediately curious about his journey from the moment he started working with U.S. forces until his arrival to the U.S. with the help of Paul Braun. But simply telling Phillip’s journey would not be enough to tell the full story. We also wanted to know about the stories of the interpreters who were still in hiding, waiting for their Special Immigrant Visas, and those who had given up on the visas and left for Europe as refugees. Our goal with the film is to inform viewers about an important issue, which became even more relevant after the last U.S. election, without overshadowing the personal journeys of the characters.” Co-directors Andres Caballero and Sofian Khan stop by to talk about the challenges and imminent danger that thousands of men and women have faced by assisting US soldiers attempting to connect with local communities.

For news and updates go to: interpreterdoc.com

The Interpreters will have its world premiere at Telluride Mountainfilm Festival on Memorial Day Weekend, Saturday, May 26 and Monday, May 28.