Recently, Louis, a painter, is experiencing strange events. his world 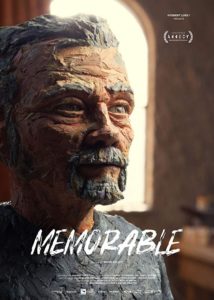 seems to be mutating. Slowly, furniture, objects and people lose their realism. they are destructuring, sometimes disintegrating…

Director’s Biography: Born in 1965 in Saint-Brieuc, France, Bruno collet got his art Degree from the Rennes college of Fine arts in 1990. From 1993 he worked as a set designer on numerous productions in stop motion before starting his career as an author director in 2001 with LE DOS AU MUR, awarded at the cannes critic’s Week. THE LITTLE DRAGON, his stop-motion animated tribute to Bruce lee, won 48 awards and was selected at Sundance Film Fest. MEMORABLE is his sixth short film.