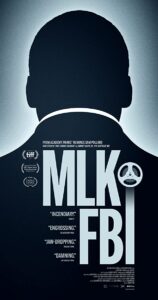 harassment of Dr. Martin Luther King, Jr. Based on newly discovered and declassified files, utilizing a trove of documents obtained through the Freedom of Information Act and unsealed by the National Archives, as well as revelatory restored footage, the documentary explores the government’s history of targeting Black activists, and the contested meaning behind some of our most cherished ideals. MLK/FBI is an essential expose of the surveillance and harassment of Dr. Martin Luther King, Jr. (labeled by the FBI as the “most dangerous” Black person in 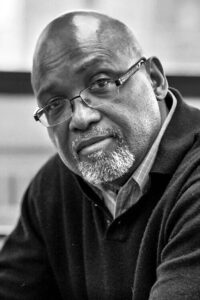 tragic story with searing relevance to our current moment. Sam Pollard joins us for a conversation on how incredibly important Dr. King work and influence continues to illuminate every aspect of race relations, criminal justice, housing, wealth inequality, education access and political leadership.

For news, screenings and updates go to: mlkfbi.com

Sam Pollard is an Emmy Award-winning and Oscar-nominated director and producer. His films for HBO, PBS, and the Discovery Channel include the documentaries Four Little Girls, When the Levees Broke: A Requiem in Four Acts, Slavery by Another Name, Sammy Davis, Jr.: I Gotta Be Me, ACORN and the Firestorm, Why We Hate, and Atlanta’s Missing and Murdered: The Lost Children.  Pollard also directed two episodes of the groundbreaking series Eyes on the Prize. Since 1994 Pollard has served on the faculty of New York University’s Tisch School of the Arts. He is a member of the Academy of Motion Picture Arts and Sciences and lives in New York City.

“RIVETING. A timely reminder that King’s struggle for racial justice wasn’t straightforward, nor is it close to complete.” – THE ATLANTIC, David Sims

“A blunt fable of state power and a nuanced essay on the fallibility of heroes and the ethics of historical inquiry. Rigorously focused on the facts of the past, the movie is also as timely as an alarm clock.” – THE NEW YORK TIMES, A.O. Scott

“SEARING. Serves as a chilling reminder that white supremacy is not solely a partisan problem; it’s a cruelty baked into the fabric of our political system, poisoning it at every level. Change comes when we allow ourselves to challenge the stories we have been told about our history.” – THE HOLLYWOOD REPORTER, Jourdain Searles

“It’s an argument for the humanity of our revolutionaries, flaws and all, a humanity that has been either systematically denied, or weaponized against them.” – Katie Walsh, Tribune News Service