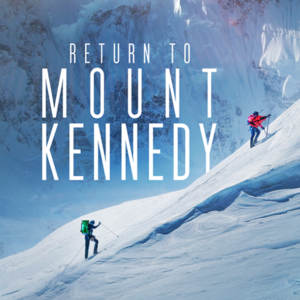 Yukon that had just been named to honor his assassinated brother, JFK. His climbing guide was Jim Whittaker, a mountain icon who at 28 had become the first American to summit Mt. Everest. From that solemn trek,Jim—the shy outdoorsman and eventual CEO of REI—and RFK ignited a friendship over their shared love of wilderness. In the following years their lives would intertwine, both men having a profound effect on the other. But their shared path would end with an assassin’s bullet. In June of 1968, Jim would look on as Bobby was taken off life support. 50 years later, Jim’s son Bobby Whittaker— a legend of the grunge scene— decides that he and his 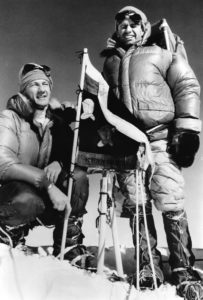 brother Leif must ascend the mountain. Leif, the experienced alpinist, will guide Bobby, as they test their relationship on dangerous ground. When they are joined by RFK’s son Christopher Kennedy their trio is complete. Mt. Kennedy’s long shadow has loomed in all of their lives for decades. Now, half a century after their fathers’ climb, three sons will forge their own paths and find a vantage point above the shadows. Like

their fathers before them, the trio bring out the best in each other. Confronting deeply emotional memories from a tumultuous era of American history, Bobby, Chris, and Leif finally understand why they were so driven to go there and why they must continue to do good in the world. Director Eric Becker joins us to talk about the deeply personal story of a family and the unlikely bond between two men who lived lives of purpose and integrity.

For news, screenings and updates go to: mtkennedy.com

Return to Mount Kennedy screening at the Los Feliz Theatre in Los Angeles, on Tuesday November 5, followed by a Q&A with Director Eric Becker