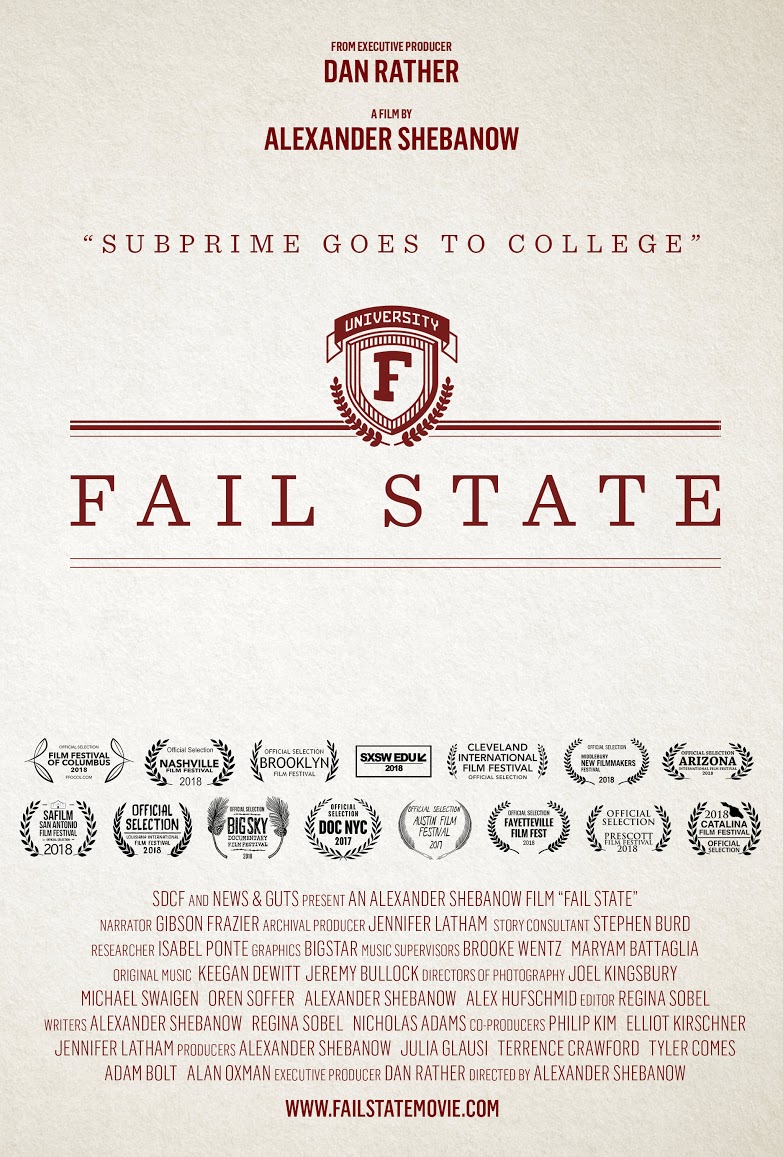 These profit-driven schools are high tuition, low-quality, often lack proper accreditation, or are so poor in reputation that employers do not recognize their credentials. What’s more, these colleges derive nearly all of their revenue—tens of billions of dollars a year—from the federal government in the form of student financial aid. Executive produced by news legend Dan Rather, Fail State investigates the dark side of American higher education, chronicling the decades of policy decisions

in Washington, D.C. that have given rise to a powerful and highly-predatory for-profit college industry. With echoes of the subprime mortgage crisis, the film lays bare how for-profit colleges exploit millions of low-income and minority students, leaving them with worthless degrees and drowning in student loan debt. Director Alexander Shebanow joins us to talk about the rise, fall, and resurgence of the for-profit college industry, revealing its Wall Street Backing and the lawmakers enabling widespread fraud and abuse in American higher education.

For news and updates go to: failstatemovie.com

“At a time when the US is beginning to reckon with the economic and social costs of having an undereducated population, Fail State is a useful contribution to ongoing debates.” – Jennie Kermode, Eye for Film

“[Fail State] remains a truly eye-opening and crucial exposé of yet another way, not unlike during last decade’s subprime mortgage crisis, that vulnerable Americans get hurt just by trying to better their lives.” – Gary Goldstein, Los Angeles