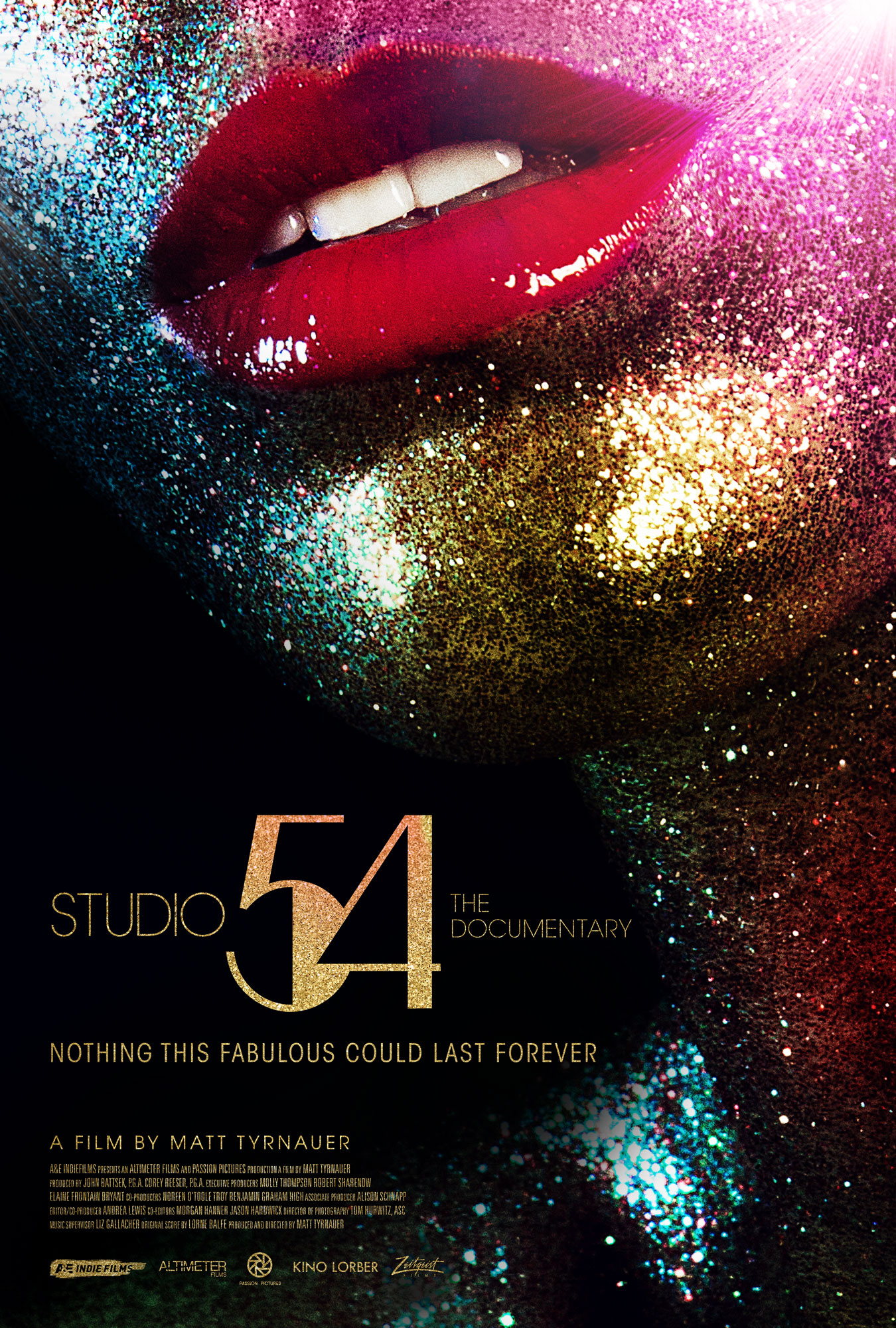 hard to gain entrance to and impossible to ignore, with news of who was there filling the gossip columns daily. Steve Rubell and Ian Schrager, two college friends from Brooklyn, succeeded in creating the ultimate escapist fantasy in the heart of the theater district. Rubell was the outgoing bon vivant who wanted to be everybody’s friend and was photographed with every celebrity du jour who entered the club and Schrager was the behind-the-scenes creative mastermind who shunned the limelight. STUDIO 54 was an instant success and a cash cow, but the drug-and-sex-fueled dream soon

imploded in financial scandal and the club’s demise. With unprecedented access to Schrager, who tells the whole unvarnished story for the first time, and a treasure-trove of rare footage, director Matt Tyrnauer (Valentino: The Last Emperor, Scotty and the Secret History of Hollywood, Citizen Jane) constructs a vivid, glorious portrait of a disco-era phenomenon, and tells the story of two friends who stuck together through an incredible series of highs and lows.  A favorite at the Sundance and Tribeca film festivals, STUDIO 54 Director Matt Tyrnauer joins us to talk about his fascinating documentary look at the rise and fall of the legendary ‘70s New York nightclub.

For news and updates go to: zeitgeistfilms.com/film/studio54

For news and updates on the films of Matt Tyrnauer go to: altimeterfilms.com

“Studio 54 is resonant because it offers such a reasonable and poignant answer.” – David Ehrlich, IndieWire

“Matt Tyrnauer’s thrilling and definitive documentary captures the delirium – and the dark side – of the legendary New York disco.” – Owen Gleiberman, Variety

“It’s a cultural piece of history that paints a picture of an era of New York that had a significant effect on the world. And it goes without saying, changed the nightclub industry forever.” – Dante James, Film Threat

“A hugely entertaining exploration of the mythology of the legendary nightclub as something truly worth celebrating, and a towering Scorsese-esque drama of the men who invented it brought down by hubris.” – MaryAnn Johanson