Bread Factory, Part One: For the Sake of Gold 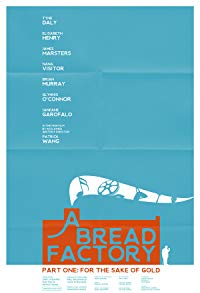 to the town of Checkford and bought an abandoned bread factory that they transformed into an arts space. Here they host movies, plays, dance, exhibits and artists. It’s where civic groups and immigrant communities can meet, where there are after school programs for children. Now a celebrity couple—performance artists from China—have come to Checkford. They’ve constructed a huge building, the FEEL Institute, down the street. It is a strange sight for a small town. Dorothea and Greta learn about a new proposal to give all the funding from the school system for their children’s arts programs to the FEEL Institute. Without this funding, the Bread Factory would not survive. They quickly rally the community to save their space. The commercial forces behind the FEEL Institute fight also, bringing a young movie star to town to help make their case. The school board meeting turns into a circus where the fate of the Bread Factory hangs in the balance.

Bread Factory, Part Two: Walk with Me a While

Checkford hasn’t been the same since the school board meeting. 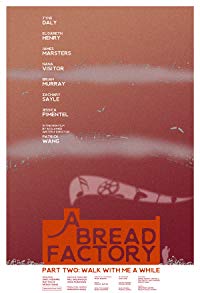 Mysteriously, the reporter who runs the local newspaper disappears. Bizarre tourists start to show up, then come mysterious tech start-up workers. With all the new people, real estate is booming. Amidst all these distractions, Dorothea and Greta try to continue their work. They are rehearsing a production of HECUBA by Euripides. On the day they open the play, Dorothea gets the news that the Bread Factory will lose an essential piece of their funding. The beautiful opening night performance of HECUBA plays to a tiny audience. Brokenhearted, Dorothea and Greta must decide whether to give up their work at the Bread Factory because their community and support has disappeared, or to continue in their struggle to build community through art.

Patrick Wang was born in Texas, the son of Taiwanese immigrants. He is author of the books THE MONOLOGUE PLAYS and POST SCRIPT, an interactive book about the making of THE

GRIEF OF OTHERS. His first film IN THE FAMILY was released to critical acclaim in the US and France and hailed “an indie masterpiece” by Roger Ebert. He was named one of the “25 New Faces of Independent Film” by Filmmaker Magazine, and the New York Times remarked, “This is a career to keep an eye on.” Director and writer Patrick Wang joins us for a conversation on his brilliant, funny, touching, humanist rumination on art, relationships and MAY RAY.

For news and updates go to: abreadfactory.com

“One senses that [Wang] is rediscovering the rules of cinema on his own. This is a career to keep an eye on.” – New York Times

“A coronation. Nothing less than the birth of a great filmmaker.” – Playlist Society

“John Cassavetes can finally rest in peace. His true spiritual son may just have been found.” – Requiem pour un film