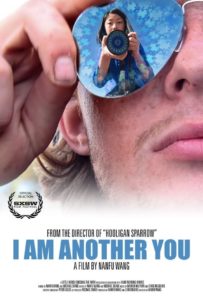 sunburned denizens. As she travels wide-eyed from one city to another, she eventually encounters a charismatic young drifter named Dylan. Fascinated by his rejection of society’s rules and unsure of his past, Nanfu follows Dylan with her camera on a journey that spans years, takes her across America, and explores the meaning of freedom. But as Nanfu delves deeper into Dylan’s world, she discovers something that calls her entire worldview into question. Director, Producer, Cinematographer & Editor Nanfu Wang is an award-winning filmmaker based in New York City. Her feature debut Hooligan Sparrow 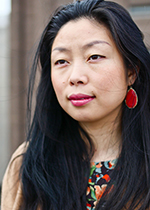 was shortlisted for the 2017 Academy Award for best documentary feature. Since its premiere at the Sundance Film Festival 2016, Hooligan Sparrow has screened at more than 100 festivals in over 25 countries including Hot Docs, Sheffield, Full Frame, and Human Rights Watch Film Fest. It opened theatrically across North America and was later released on POV, Netflix, Amazon, and iTunes. It has won over twenty awards internationally including a Cinema Eye Honor for the Best Debut Film, the George Polk Award for the journalistic achievement, and the Truer than Fiction Award at the Independent Spirit Awards. Wang was honored by the International Documentary Association with the 2016 Emerging Filmmaker Award. Director Nanfu Wang joins us to talk about Dylan, freedom, travel and her own experience on the streets.

For news and updates go to: iamanotheryoufilm.com

“What begins as a celebration of reckless freedom, then turns into a revelation of a broken soul, becomes something deeper …” – Owen Gleiberman, Variety