In Matthew Atkinson’s debut feature, Room for Rent, our “hero” Mitch Baldwin (Mark Little) is in a deep rut. He lives with his parents and has no intention of leaving. At 18, Mitch 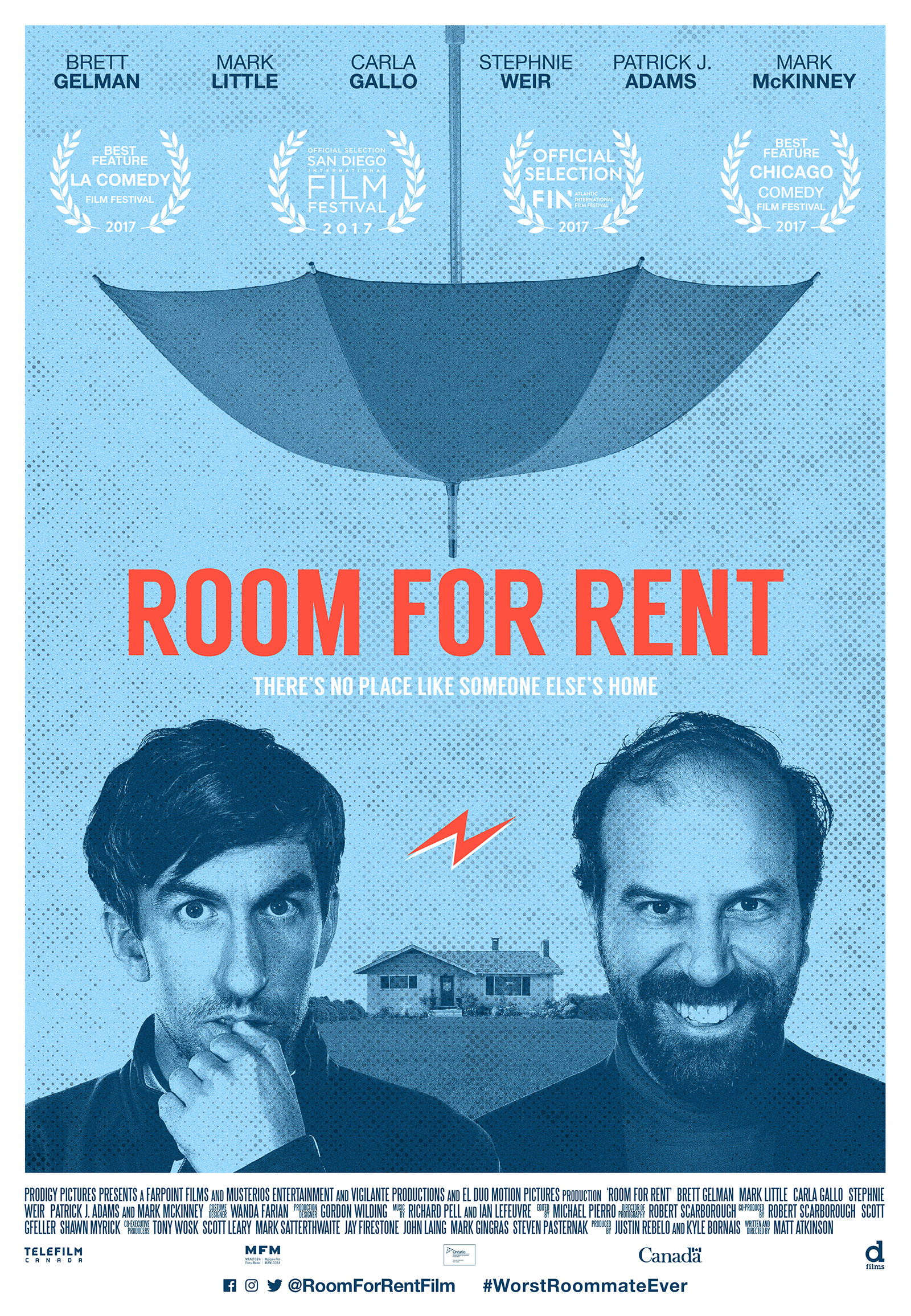 won the County Lottery, $3.5M dollars. 12 years later he’s broke, has no friends or love life, and is a laughing stock. With his dad retiring, talk of selling the house pushes tensions to a breaking point. Mitch convincingly suggests renting their spare room for extra cash. Tentative, his parents agree. Quickly, a charming, yet peculiar stranger shows up at their front door willing to pay cash – this is Carl Lemay Brett Gelman). Mitch sets rules for Carl, but the family’s routine is instantly upset. Mitch notices mysterious details about Carl; his car’s license plates are missing, his back story is vague, and

he seems set on pushing Mitch out of his comfort zone. Yet Mitch is disarmed by Carl’s charm and confides in him about some of his regrets. To Mitch’s dismay, Carl begins to use the information to undermine Mitch and expose his faults. A battle of wits breaks out and turns into all-out war involving deception, humiliation, spying and revenge. The question is how far are these two prepared to go?Writer and director Matthew Atkinson joins us for a conversation on his entertaining, quirky and funny film with a crackling good ensemble cast (Mark McKinney, Carla Gallo, Stephanie Weir and Patrick J, Adams) of new and veteran performers.

For news and updates go to: roomforrentmovie.com

“…Room for Rent is a funny, light comedy that stays a step ahead of the audience. It’s solid story and with solid performances worth checking out.” – Alan Ng, Film Threat

“Atkinson directs from a script that pays homage to Alfred Hitchcock…the way that Gelman interacts with Little, the threats take the film to the next level.” – Danielle Solzman, Solzy at the Movies

“A quirky comedy with a lot of ‘tude mostly in the shape of high school lottery winner Mitch who burned through $3.5 M and wound up in his parents’ spare room.” – Anne Brodie, What She Said