In this unforgettable documentary we meet Gemma, a teenage troublemaker, a so called ‘Scheme Bird’ who introduces us to her world. The police know her by the way 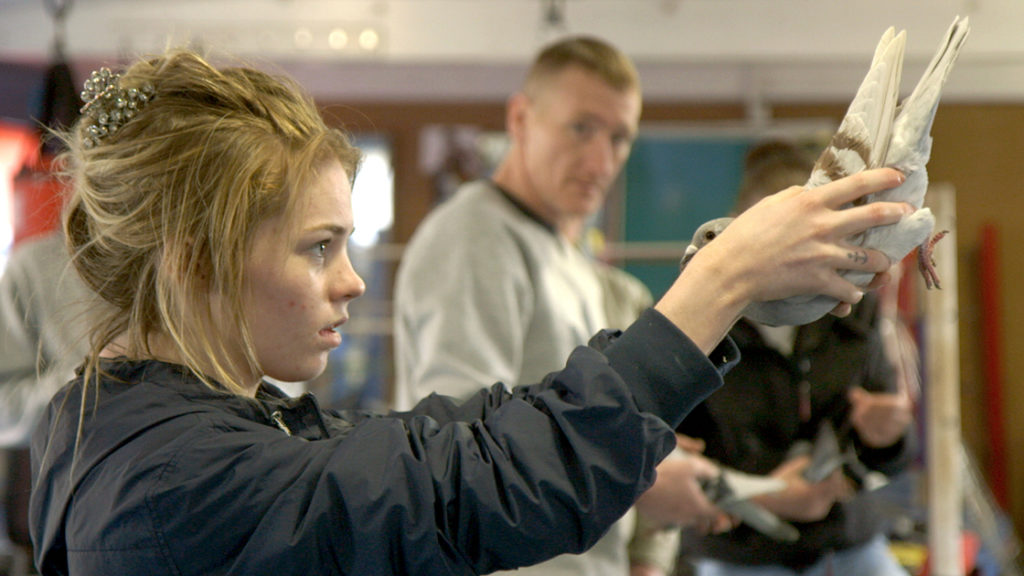 she runs – and she brags that she’ll end up either ”knocked up or locked up”. But in addition to fighting she loves her grandfather Joseph. He’s been like a father to her since her own mom abandoned her as a baby because of a drug addiction. Grandpa Joseph is sick and tired of the gang fights that has plagued the area for generations. But he likes pigeons. In fact he likes pigeons more than he likes most people. And when

he turns the local boxing gym into a beauty contest for pigeons things start to change. With great care the men of the scheme pick out the most beautiful pigeons and suddenly they have something to live for. But despite Joseph’s efforts Gemma isn’t interested in the birds at all. She doesn’t want to disappoint her grandpa but the violent world of the scheme is also part of who she is. But what happens when the childish games turns into serious

crime? Co-directors Ellen Fiske and Ellinor Hallin join us to talk about how they connected with Gemma, seamlessly blending into her world and can people escape patterns of destructive behavior  and find positive ways to navigate a community of “lost causes.”

For news and updates go to: filmbasen.se/projekt/scheme-birds