Forty-five years after it revolutionized abortion law in America, the landmark 1973 US Supreme Court case Roe v. Wade is once again at a crossroads. In their timely new 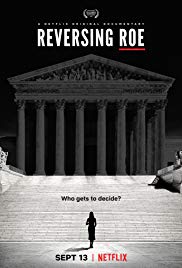 documentary REVERSING ROE, filmmakers Ricki Stern and Annie Sundberg (THE DEVIL CAME ON HORSEBACK, MARATHON: THE PATRIOT’S DAY BOMBING) present a deeply illuminating look of the state of abortion and women’s rights in America. The film offers candid and riveting interviews with key figures from both sides of the divide, among them doctors Colleen McNicholas and Curtis Boyd; feminist icon Gloria Steinem; Operation Rescue president Troy 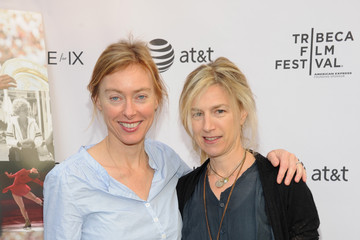 Newman; and National Right to Life president Carol Tobias. Intense and unflinching in its commitment to telling the whole story, REVERSING ROE provides a gripping look at what’s happening on the ground in 2018. Drawing from a wealth of historical footage, it charts the period leading up to the Roe decision-and documents the opposition that has followed ever since. Regardless of where you stand on the issue of abortion, REVERSING ROE is essential viewing to understand how the country got here-and where it may be going. Co-directors Ricki Stern and Annie Sundberg join us for an informed conversation on the long history and politics swirling around one of the country’s most divisive issues.

“As contentiousness turned into real-world consequences, “Reversing Roe” reminds us that the more women get involved regarding their rights, the more likely we’re to see a fair, principled fight.” – Robert Abele, Los Times

“Nothing new here but a good primer for those who never thought that politics has anything to do with their lives.” – Harvey S. Karten, Big Apple Reviews

“Provides a clear and accessible overview of more than 50 years of the social and legal history of the issue in the United States.” – Ben Kenigsberg, New York Times