City of Joy follows the first class of students at a remarkable leadership center in the Eastern Democratic Republic of Congo, a region often referred to as “the 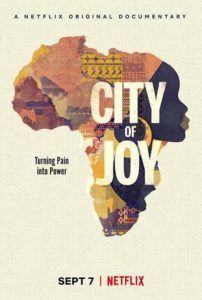 worst place in the world to be a woman.” These women have been through unspeakable violence spurred on by a 20 year war driven by colonialism and greed. In the film, they band together with the three founders of this center: Dr. Denis Mukwege (2016 Nominee for the Nobel Peace Prize), radical playwright and activist Eve Ensler (“The Vagina Monolgoues”) and human rights activist, Christine Schuler-Deschryver, to find a way to create meaning in 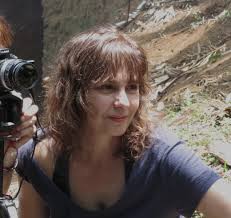 their lives even when all that was meaningful to them has long been stripped away. In this ultimately uplifting film, we witness the tremendous resilience as these women transform their devastation into powerful forms of leadership for their beloved country. Director, writer and editor Madeleine Gavin stops by to talk about this beautifully told story of unspeakable cruelty, remarkable resilience and unconditional love in a desperately poor country in a region of the world renown for violence.

For news and updates go to: netflix.com/City of Joy

“City Of Joy is, in as far as it goes, a powerful film, reminding viewers that survival itself is something to be proud of and consigning the notion that a raped woman is ruined forever to the dustbin of history.” – Jennie Kermode, Eye for Film