BASTARDS’ ROAD tells the story of the many combat veterans, like Jon Hancock who 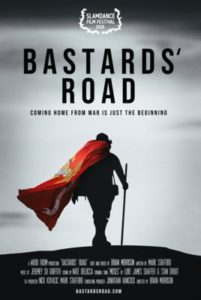 are navigating the complicated transition back to civilian life. After years of struggling, Jon decided to take an epic journey across the country – on foot. Walking nearly 6,000

miles alone, Jon confronts the demons that had overtaken his life. Visiting his fellow 2/4 Marines – known as the The Magnificent Bastards – and families of their fallen along the way, Jon finds a mission greater than his own redemption. Veterans everywhere are struggling with PTSD. They are taking their own lives at an alarming rate – 50% higher than non-veterans. With remarkable honesty, insight and humor, Jon’s journey is uniquely positive. It’s about changing the ways one relates to traumatic memories. It’s about beginning the healing process. Director Brian Morrison joins us to talk about the raw emotions and the deep pain of men and woman who have done what their country asked them to do.

For news and updates go to: bastardsroad.com

DIRECTOR’S STATEMENT – Why would somebody walk that far, for so long? That’s what I asked myself after seeing a news story on TV about somebody I went to high school with. I didn’t know him back then, but we shared many mutual friends. When I first contacted Jon on his walk I knew nothing about what he’d been through. The military was a foreign world to me. 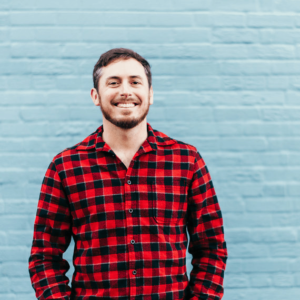 None of my family or friends had served. All I had to go on was that he was a Marine and had PTSD. But I was immediately drawn to his story and we quickly took steps to organize a trip for me to follow him for a few days. Over the course of the last 8 months of Jon’s walk, I was able to make a handful of trips to capture pieces of his journey. We became great friends. Most days it was just him and I, but I was lucky enough to meet many guys Jon served with, as well as several Gold Star families of their fallen. It was eye-opening to see Jon’s transformation in their presence. He smiled brighter, laughed harder and cried less. It’s like they kept the best versions of themselves for each other. I learned about the tremendous weight they carry day after day, the scars of war that will never heal, the lost brothers whose ultimate sacrifices they never stop thinking about. But I also learned about strength and selflessness that goes way beyond what most of us as civilians can comprehend. Together, they reminded each other how important it is that they are still here. – Brian Morrison