Inspired by true experiences of grief, girlhood, and growing up, Jessie Barr’s 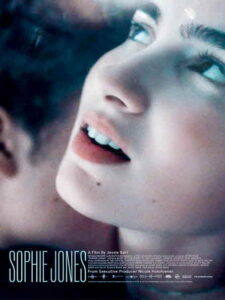 directorial debut SOPHIE JONES provides a stirring portrait of a tumult and uncertainty in the life of a sixteen year old. Stunned by 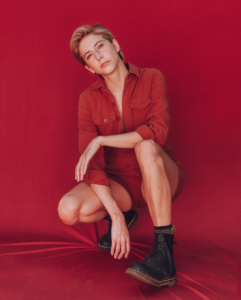 the untimely death of her mother and struggling with the myriad challenges of teendom, Sophie (played with striking immediacy by the director’s cousin Jessica Barr) tries everything she can to feel something again, while holding herself together, in this sensitive, acutely realized, and utterly relatable coming-of-age story. The genesis of SOPHIE

JONES came from director’s collaboration with her co-writing cousins Jessica Barr. Exploring the grief and loss associated with losing a parent––in this case, Sophie’s mother. SOPHIE JONES director, co writer  and co-producer Jessie Barr joins us for a conversation on directing her first feature with her Jessica in the title role, and how she went about drawing out of her cousin and the remarkable supporting cast the universal elements of a very personal saga, as well as working with renowned filmmaker Nicole Holofcener.

For news and updates go to: sophiejonesmovie.com

To watch go to: sophiejones/play

Watch on steaming platforms at: sophiejonesmovie.com/screenings

About the filmmaker – Jessie Barr is a writer, director, actor, and producer with a background in independent film and theater. Jessie’s critically acclaimed debut feature SOPHIE JONES which she directed, co-wrote, and produced is executive produced by Nicole Holofcener. Jessie is a two-time 2020 Sundance Fellow, participating in the Episodic Lab and Episodic Makers Lab developing her original series with Lena Hudson inspired by their short film TOO LONG AT THE FAIR (2018). Her award-winning short film, TOO LONG AT THE FAIR, which Jessie wrote, directed, produced, and stars in with Lena Hudson premiered at the 2018 L.A. Shorts International Film Festival and screened at festivals around the world before premiering on Short of the Week. Jessie also stars in the critically acclaimed, award-winning original series OM CITY (2015), which she created, wrote, and produced with her husband, filmmaker Tom O’Brien. OM CITYwon Best Web Series at the 2018 New Media Film Festival, is a Tribeca Film Festival Selection, a New York Times TV Critic’s Pick, a Vimeo Staff Pick, voted Best Web Series by Decider.com, and a Top Pick for “Web to Watch” by USA Today. In addition to her work in film and television, Jessie has worked Off-Broadway as an actor in theater and musical theater and brings an interdisciplinary approach to her films as a writer/director. She is a proud member of Film Fatales and Free The Work. Jessie can be seen next in the feature film THE BETA TEST by Sundance and SXSW award-winning filmmaker Jim Cummings, which world premiered at Berlinale 2021.

“Sophie Jones” is exactly what it needs to be: A quiet, brilliant film, elegant in its smallness. – Lena Wilson, The Playlist

“Sophie Jones rarely takes a step out of place. It’s one of the most authentic explorations of grief in recent cinema. With a fantastic performance from Barr and stunning direction, this film will stick with you long after the credits roll.” – Amelia Harvey, Screen Queens

“‘Sophie Jones’ is one of the most authentic explorations of grief on film.” – Sara Clements, NEXT BEST PICTURE

“It would be nice if there were more movies like this, but few have the talent to make them this well – to take a human scale story and make it feel, not bigger than life, but as grand-scale as life actually is.” – Mick LaSalle,