STREET GANG: HOW WE GOT TO SESAME STREET takes audiences 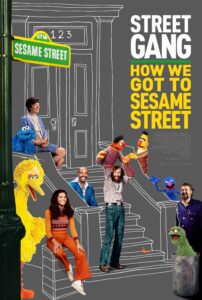 inside the minds and hearts of the “Sesame Street” creators, artists, writers, and educators who together established one of the most influential and enduring children’s programs in television history. Inspired by the activism of the late 1960s, socially conscious television executive Joan Ganz Cooney and Sesame Workshop co-founder Lloyd Morrisett conducted a revolutionary experiment: to harness the burgeoning power of television and create an educational, impactful, uplifting and entertaining show that could reach children nationwide, especially those living in urban areas. Cooney recruited trailblazing Muppets creator Jim Henson and acclaimed children’s television writer and director Jon Stone to craft the iconic and beloved world of “Sesame Street.” STREET GANG: HOW WE GOT TO 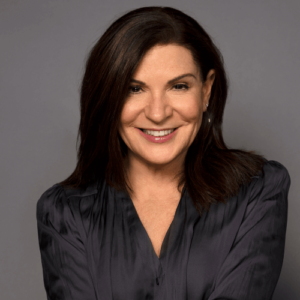 SESAME STREET reintroduces this visionary “gang” of mission-driven artists, writers, and educators that audaciously interpreted radical changes in society and created one of most impactful television programs in history.  With more than 20 interviews with original writers, cast, and 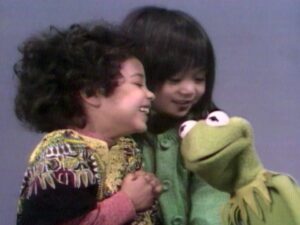 crew, and never-before-seen behind the scenes footage, STREET GANG is told from the inside with humor and emotion, weaving together personal narratives and eyewitness accounts. The film explores the original mission of the “gang” that created this cultural phenomenon, now spanning 50-plus years and reaching more than 150 countries. Director Marilyn Agrelo joins us to talk about the enduring legacy of SESAME STREET as well as the beautifully disruptive and groundbreaking approach to connecting with children and in doing so made them into collaborators and the beneficiaries of this illuminating enterprise.

For news and updates go to: streetgangmovie.com

“Street Gang is a wonderful documentary that would play extraordinarily well whenever it was released, but in this present moment? It feels positively miraculous; a much-needed happy-sad warm blanket indeed.” – Shaun Munro, Flickering Myth

“It’s hard to ask for much more than a doc that captures creatives thoughtfully sneaking the civil revolution as well as basic education into children’s TV and includes a Muppets blooper reel.” – Chris Willman, Variety

“Carries tremendous power as an emotional reminder of such a triumphant run, also working beautifully as a reunion with old faces and as an introduction to key behind-the-scenes figures helping to bring inclusion to the masses.” – Brian Orndorf, BrianOrndorf.com

“Street Gang is a loving, emotional tribute to a global brand that tackled racism, education and more with puppets, music through a street that everyone wanted to live on – Sesame Street…” – Carla Renata, The Curvy Film Critic