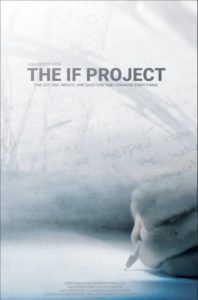 In 2008, Seattle police detective Kim Bogucki walked through the gates of the Washington Corrections Center for Women, intent on asking a group of mothers for permission to work with their school-aged daughters in a Girl Scouts Beyond Bars troop for girls with incarcerated parents. On that day, Bogucki asked the mothers a critical question: “If there was something someone could have said or done that would have changed the path that led you here, what would it have been?” For one of the inmates in particular, this question struck a chord; Renata Abramson, a repeat offender serving a nine-year sentence. In the days that followed, Renata took it upon herself to answer that question in 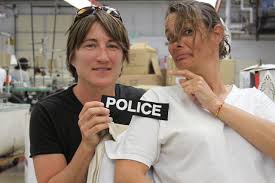 writing, and invited her fellow prisoners to do the same. When Bogucki returned to prison a month later, Renata handed her a stack of raw and poignant essays and The IF Project was born. In the United States, there are over 6.8 million people in prison, jail, on probation or parole. That is 1 in every 35 adults. Perhaps even more alarming is that women are the fastest growing segment of the incarcerated population, increasing at nearly double the rate of men since 1985. Director Kathlyn Horan joins us for a conversation on the challenges, the disappointments and the rewards that have been part of the 8-year odyssey behind the making of The If Project.

For news and updates go to: theifprojectmovie.com

“The IF Project I totally agree with it’s nutritive value as a story of prison reform’s human side, but I also think it’s a genuinely solid movie movie that plays really well on a big screen. It’s got the story thrust, colorful characters, nuance, and gradually unfolding structure of a great narrative fiction feature for me.”