THE LOST SONS follows Paul Fronczak, a man who discovered headlines his 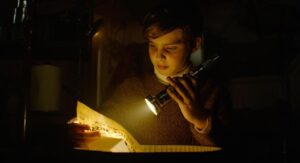 parents made for grieving their kidnapped child, then celebrating two years later when he was found, he begins to investigate. Fronczak begins a decades long investigation to find out what happened. At the age of 10, while searching for Christmas presents, Paul Fronczak unearthed a hoard of newspaper clippings about his parents: images of them 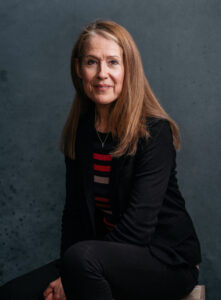 grieving for a kidnapped baby and then celebrating two years later over a toddler found abandoned and returned to them.  Is Paul that kidnapped baby?  If so, where was he for two years?  The investigation launched a deeper look into a life shrouded in mystery.  Decades later, as questions continue to mount, Paul embarks on a journey for 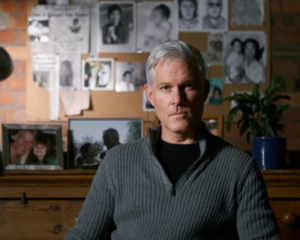 answers, plunging him into the dark depths of the secrets that families keep. The story of THE LOST SONS is told through a blend of re-enactments, the testimony of close family and first-hand witnesses, news footage, and family archive. Director Ursula Macfarlane (Untouchable, One Deadly Weekend in America, Tsunami: Survivor Stories) ) joins us for a conversation on how she came to this astonishing story, getting to know Paul Fronczak, finding the right balance in telling a story with so many and complicated elements.

To find out more go to: ursulamacfarlane.com

About the filmmaker – Ursula Macfarlane is an award-winning documentary and drama director and executive producer from London, with two sons and a dog; yogi. Her work is an eclectic body of films and often focusing on family stories, and so-called ordinary people experiencing extraordinary challenges. Macfarlane loves to combine the epic with the intimate. Her documentary, The Lost Sons, for CNN Films, is a stranger-than-fiction story about a stolen baby, a family secret, and two unravelling mysteries. Her documentary Untouchable, is about the rise and fall of Harvey Weinstein, premiered at the 2019 Sundance Film Festival. Macfarlane’s films include Breaking Up With The Joneses, a feature documentary about a couple going through a divorce, One Deadly Weekend In America, about young lives cut short through gun violence, The Life and Loss Of Karen Woo, a film about a young British doctor murdered by the Taliban in Afghanistan, and Charlie Hebdo: Three Days That Shook Paris, the story of the Paris terror attacks. To find out more go to: ursulamacfarlane.com

“Macfarlane tells the convoluted story in a clean and efficient manner and the result will have your mind reeling long after it has concluded.” – Peter Sobczynski, eFilmCritic.com

“The Lost Sons is gripping from start to finish.” – Bobby LePire, Film Threat

“Engaging and thrilling, The Lost Sons proves the truth is always stranger than fiction.” – Rachel West, That Shelf