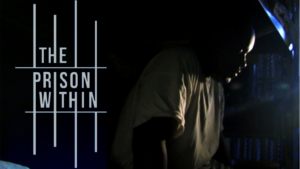 communities through the powerful stories of survivors of violent crimes and prisoners incarcerated for murder in San Quentin prison. The prisoners and survivors come together and participate in the Victim Offender Education Group (VOEG)—an innovative restorative justice program enabling prisoners to discover how the trauma they’ve experienced contributed to their criminality and to understand the impact their crimes have on their victims. Together, the prisoners and survivors confront and expose the pain,

shame, and rage caused by the extreme trauma they’ve experienced throughout their lives. THE PRISON WITHIN goes beyond why and how the system is inadequate, deftly exposing the torment experienced by people on both sides of prison walls. Through personal stories illustrative of the systemic injustices that

perpetuate cycles of violence and trauma, this film lays a path to heal and reconcile our notions of justice. The Prison Within is narrated by Hill Harper (The Good Doctor, Homeland, CSI:NY, Covert Affairs) and author of Letters to an Incarcerated Brother, which speaks to the current mass incarceration crisis. Director Katherin Hervey, a former Los Angeles Public Defender and volunteer prison college instructor, and Producer Erin Kenway, is the first filmmaker to gain access to chronicle these intimate and revealing sessions inside San Quentin Prison.

For news, screenings and updates go to: theprisonwithin.org

THE PRISON WITHIN is now available on all VOD/Digital & Blu-Ray/DVD platforms.

About the filmmakers – Director / Producer / Writer Katherin Hervey is a multimedia artist and activist. She has over a decade of experience in the criminal justice field as both an attorney and prison university educator. Katherin received her Bachelor’s degree in Cross-cultural Communications in America from University of Washington and is a graduate of Vancouver Film School. She also holds a Juris Doctorate degree from Loyola Law School. Prior to law school, she was the Publisher and Editor-In-Chief of Shades of Contradiction, a nationally distributed arts and culture magazine dedicated to promoting critical thinking and creative action. Katherin has produced, directed and art-directed short documentary and narrative films, including “Bob vs. The Incubus” (Best Documentary, Vancouver Film School Festival), and was the Art Director for “Her Urge” (Best Short Film, Sydney Mardi Gras Film Festival and Outstanding Women’s Short, Dallas Out Takes Festival). Katherin is also Co-founder of Raw Love Productions, a multimedia production ensemble dedicated to visual storytelling with social and artistic value. She is currently co-producing The Spirit of a Child, an interactive web documentary based in Ghana, West Africa. The Prison Within is her first feature film.

About the filmmaker – Producer / Writer / Executive Producer Erin Kenway graduated with a Bachelor’s Degree with honors from University of California, Irvine, majoring in both Criminology, Law & Society, and Psychology & Social Behavior. She holds a Juris Doctorate degree from Seattle University School of Law, is admitted to the National Order of the Barristers, and is a certified mediator. Prior to shifting careers to focus full-time on independent filmmaking, she practiced law for over a decade primarily represented economically disadvantaged victims of domestic violence in civil dissolution and child custody cases, and also served on several committees for both the Washington State and King County Bar Associations. She was also a Global Campaign Manager for broadcast, print, digital, and social advertising campaigns for Amazon’s award-winning Brand / Mass Advertising team. She is the co-founder of Tarina Productions, which is currently in development on multiple feature documentaries.