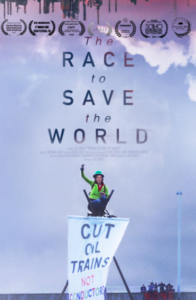 TO SAVE THE WORLD is a climate change film like no other. Instead of focusing on paralyzing facts and numbers THE RACE TO SAVE THE WORLD inspiring takes a unique approach by following passionate activists, ages 15-72, who are in the trenches fighting for a livable future. These brave climate warriors put their lives on the line to push for change, regardless of the personal cost. THE RACE TO SAVE THE WORLD brings an urgent and intimate portrait of the protests, arrests, courtroom drama and family turmoil these activists endure as they single-mindedly focus 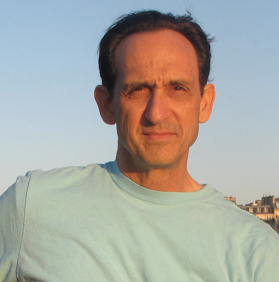 their attention on the goal of creating a more sustainable world for future generations. Drawing on powerful footage and moving interviews, THE RACE TO SAVE THE WORLD is an inspiring call to action, urging each one of us to become climate warriors for a livable future. Director and producer Joe Gantz stops by to talk about the dedicated activist who are willing to push aside a comfortable life of in-action to become everyday heroes push to create a sustainable world, often risking their relationships, careers – and freedoms in the process.

For news and updates go to: theracetosavetheworld.com

To get in involved go to: theracetosavetheworld.com

THE RACE TO SAVE THE WORLD opens everywhere on EARTH DAY April 22, 2021 but you can preorder you tickets now. Due to Covid, the film will open in virtual releases unless otherwise Indicated.  You can get a ticket through us or you OR You can support your favorite local movie theater or non-profit so that half the proceeds goes to them. More will be added daily so stay tuned!

About the filmmaker – Joe Gantz is known for work that examines personal stories with honesty, humor, and depth. He calls his film style, “life in progress”, where his small crew fades into the background and lets the story evolve organically.  Joe tries to be present for the pivotal moments as well as the everyday moments, to give insight into each subject’s life and relationships.  The goal is to allow the subjects to be comfortable enough to go about their daily life as if there was no one filming. And the subjects are not performing, because there is no agenda, making for very authentic storytelling.  Taxicab Confessions:  Emmy award-winning HBO documentary series featuring real-life interactions between cab drivers and their passengers that was broadcast for fifteen years. American Winter:  A documentary film about families struggling in the wake of the worst economic crisis since the Great Depression. Ending Disease: The Stem Cell, Anti-Cancer T-Cell, & Antibody Revolution In Medicine, is a film about how regenerative therapies are transforming medicine from a lifetime of treatments to onetime cures for a whole host of debilitating diseases. The Race to Save the World:  uses the same personal approach to emotionally-engage viewers in the urgent fight against catastrophic climate change.

“The Race to Save the World realistically captures characters who take real risks and the impacts on their loved ones and on themselves.  Implicitly it raises questions about the best way to achieve environmental goals… Gantz’ film spurs us to think about how to be more effective”. – Jim Hansen, Director Climate Science, Awareness and Solutions Program Columbia University Earth Institute