In her exasperating new documentary, THE STATE OF TEXAS VS. 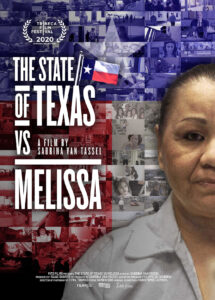 MELISSA, Sabrina Van Tassel explores the life journey of Melissa Lucio, the first Hispanic woman to be sentenced to death in the state of Texas. For over ten years she has been awaiting her fate, and now faces her last appeal. No one had ever seen Melissa be violent towards her children, yet she was blamed for the daily abuse and subsequent death of her two-year-old daughter, who died from blunt head trauma. Set in the heart of the Latino community of South Texas, the film takes a look at Melissa’s broken 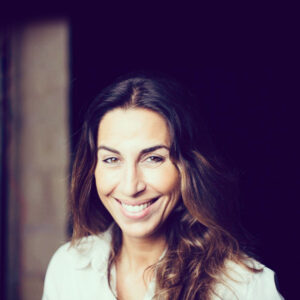 childhood, her adult life plagued by poverty and prejudice, and the miscarriage of justice Melissa faced, from the court appointed attorney who willingly set aside evidence, to the District attorney who used her case to help his re-election. THE STATE OF TEXAS VS. MELISSA is the portrait of a woman’s fight against an entire system. Director Sabrina Van Tassel joins us for a conversation on the draconian nature of justice in the state of Texas and how the chance to prove that the accused can pass a point of no return.

For news, updates and screenings go to: the-state-of-texas-vs-melissa

About the filmmaker – Director Sabrina Van Tassel is a French American film director and a journalist. As an investigative reporter she has directed over 45 documentary films for the last 15 years for major television programs. Focusing mainly on social and politically motivated matters such as women forced into marriage, underage sex trafficking, post-traumatic stress, children in the white nationalist movement, women in prison and the holocaust. THE SILENCED WALLS (2015) was her first documentary theatrically released. Critically acclaimed by the French press, it told her journey to discover the history of the Drancy camp, the biggest internment camp, turned into a social housing building at the end of the war.

“Though it’s a gut-wrenching story, The State of Texas vs. Melissa, works hard to offer viewers the smallest semblance of hope.” – Sarah Marloff, Austin Chronicle

“Director Sabrina Van Tassel does an excellent job of drawing in the audience to the labyrinthian case of Melissa Lucio.” – Lorry Kikta,Film Threat

“That Sabrina Van Tassel is able to convey the bafflingly wide array of information available in a fairly calm and reasonable manner is an accomplishment in itself.” – Andrea Thompson, A Reel of One’s Own

“The State of Texas vs. Melissa unfolds slowly, meticulously, and with intent. Every question you find arising will be answered – but in time.” – Stephanie Archer, Film Inquiry