When UCLA Film & Television Archive launched its annual UCLA Celebration of Iranian Cinema in 1990, it was the first showcase for new Iranian films in the U.S. It has been a 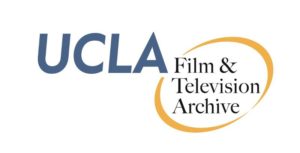 platform for exciting new voices in cinema as well as a dialogue to foster cultural understanding—and in that time Iranian filmmakers have moved to the forefront of the cinematic world. It has also been a barometer of global politics. In partnership with Farhang Foundation, this year’s UCLA Celebration of Iranian Cinema offers Los Angeles the chance to see a stellar lineup of new Iranian films that includes four Los Angeles premieres and three U.S. premieres, along with the revival of a modern classic. From fraught intimate relationships to big social issues, these expertly crafted films reveal the complexities – and universalities – of contemporary Iran. The annual celebration,

now entering its 28th year, showcases the best in contemporary Iranian Cinema. Paul Malcolm is the film programmer for UCLA Film & Television Archive where he began in 2007. He was an associate programmer of feature and short films for the Los Angeles Film Festival 2006-2010. As adjunct faculty at Chapman University, he has taught classes on the history and aesthetics of 3D cinema and film reviewing at Chapman University. He was also assistant film editor and film critic for the LA Weekly from 1998-2006. Malcolm graduated from USC with a BA in journalism and he received his MA in Film Studies from UCLA. He is a Sundance Institute Arts Writing Fellow (2001).

WHAT: UCLA Celebration of Iranian Cinema sponsored by Farhang Foundation

All films originate from Iran and are in Persian or Azari with English subtitles.

For news and updates go to: UCLA Celebration iranian Cinema

For information on the Billy Wilder Theater