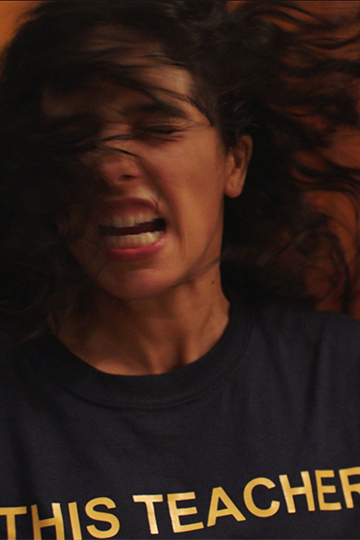 neighborhoods outside of Paris. When the reunion proves disastrous, Hafsia steals her friend’s credit card and identity, and disappears to a remote cabin upstate. Deep in the woods and alone for the first time in her life, she experiences a divine revelation of an existence without borders. But when she discovers that she’s not alone on the property, Hafsia’s sojourn in nature gradually descends into a terrifying study of the intolerance and suspicion she encounters

and reflects back to an Islamophobic America. Written and directed by Mark Jackson featuring a score composed from the Grammy nominated Dave Eggar, the film stars: Cesar-winner Hafsia Herzi (The Secret of the Grain) Sarah Kazemy (Circumstance) Lucy Walters (Power), Kevin

Kane (Inside Amy Schumer), and Lev Gorn (The Americans). Jackson’s previous films have won 17 awards including an Independent Spirit Award and a Gotham Nomination. Jackson is also a Sundance, Cinereach and Skywalker Sound Fellow. Director and writer Mark Jackson (War Story, Without) joins us for a conversation on This Teachers’ premiere at the Los Angeles Film Festival, intolerance and not being afraid to love.

Resistant to change, Todd (Jesse Rosen) finds himself at a crossroads when his girlfriend Lucy (Anna Rizzo) is offered a promotion on the other 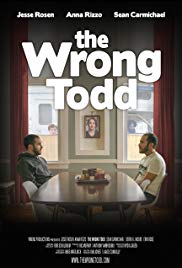 side of the country. Before he can decide whether to stay or go, Todd’s evil twin from a parallel universe arrives to take his place, and Todd must face the prospect of a world without Lucy.  With the reluctant help of Lucy’s brother, Dave (Sean Carmichael), Lucy and Todd must confront the barriers to their relationship, their perception of self, and the laws of the universe itself to distinguish the wrong Todd from the right one. The Wrong Todd is a new take on a sci-fi-fi comedy drama 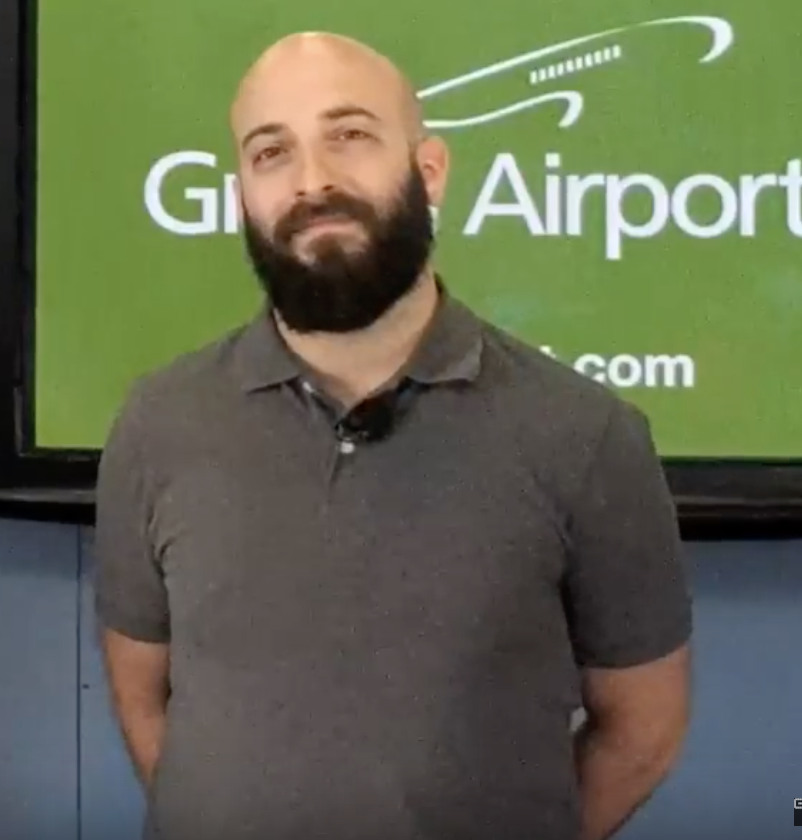 with the added bonus of an evil twin from a parallel universe. The Wrong Todd is about championing love, accepting change, and realizing what you’ve taken for granted before it truly is too late.  Inspired by the works of Charlie Kaufman (Eternal Sunshine of the Spotless Mind) and Harold Ramis (Groundhog Day) The Wrong Todd

answer the question so many people think but never articulate “what is wrong with me?” Starring Jesse Rosen (The Art of Being Straight), Anna Rizzo (Lost in Bloom), Sean Carmichael (Trinity), Derek K. Moore (Ghostbusters), and Erin Rose. Director Rob Schulbaum (Family Guy), joins us to talk about his directorial debut.

For news and updates go to: thewrongtodd.com

We The Coyotes – Co-directors Hanna Ladoul and 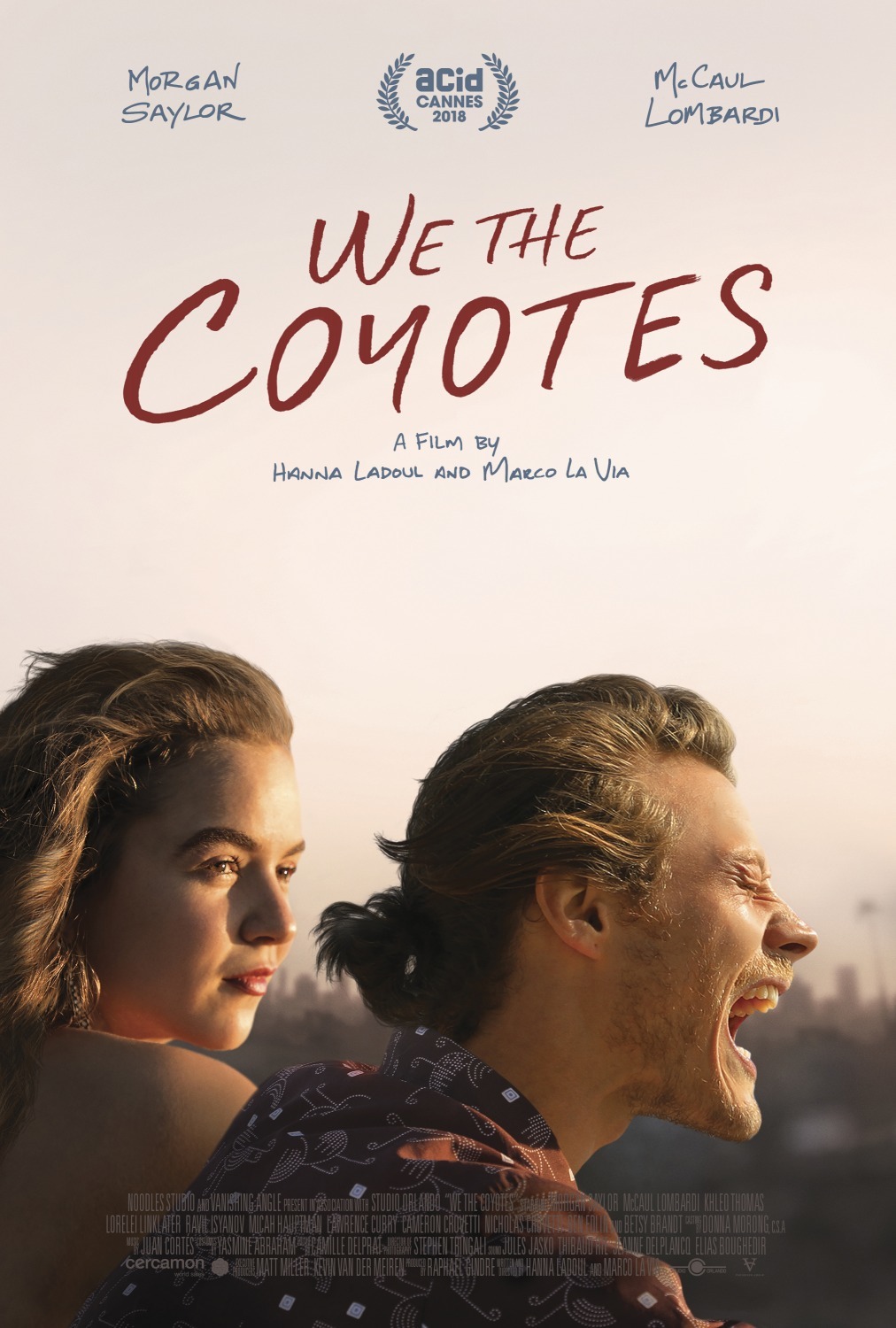 Making the films USA debut (it world premiered in the Acid section of Cannes this spring), We The Coyotes by first-time feature filmmakers Hanna Ladoul and Marco La Via, was inspired by the adventure and challenges of their own early days in Los Angeles. Enveloped in the love bubble a young couple, played by Morgan Saylor (Homeland) and McCaul Lombardi (Sollers Point), arrive from their cross-country trip from the midwest to stay with her aunt Betsy Brandt (Breaking Bad), where we continually see them encounter the challenges of their first day in Los Angeles. The city is as much a character in this intimate drama as this young couple, as they find

their hopes often crushed under the realities of what you encounter in any major city, much less the city of dreams.  Not unlike countless twenty-somethings

over the decades, our westward-bound couple in We The Coyotes arrive in Los Angeles with half-formed plans and half-empty pockets, but we see how tensions bend and shape them while the will to survive drives them on. Co-directors Hanna Ladoul and Marco La Via stop by to talk about their unvarnished, thought provoking film.