’63 Boycott is the award-winning film directed by Gordon Quinn, the co-founder of Kartemquin Films, and produced by Rachel Dickson and Tracye A. Matthews. ’63 Boycott 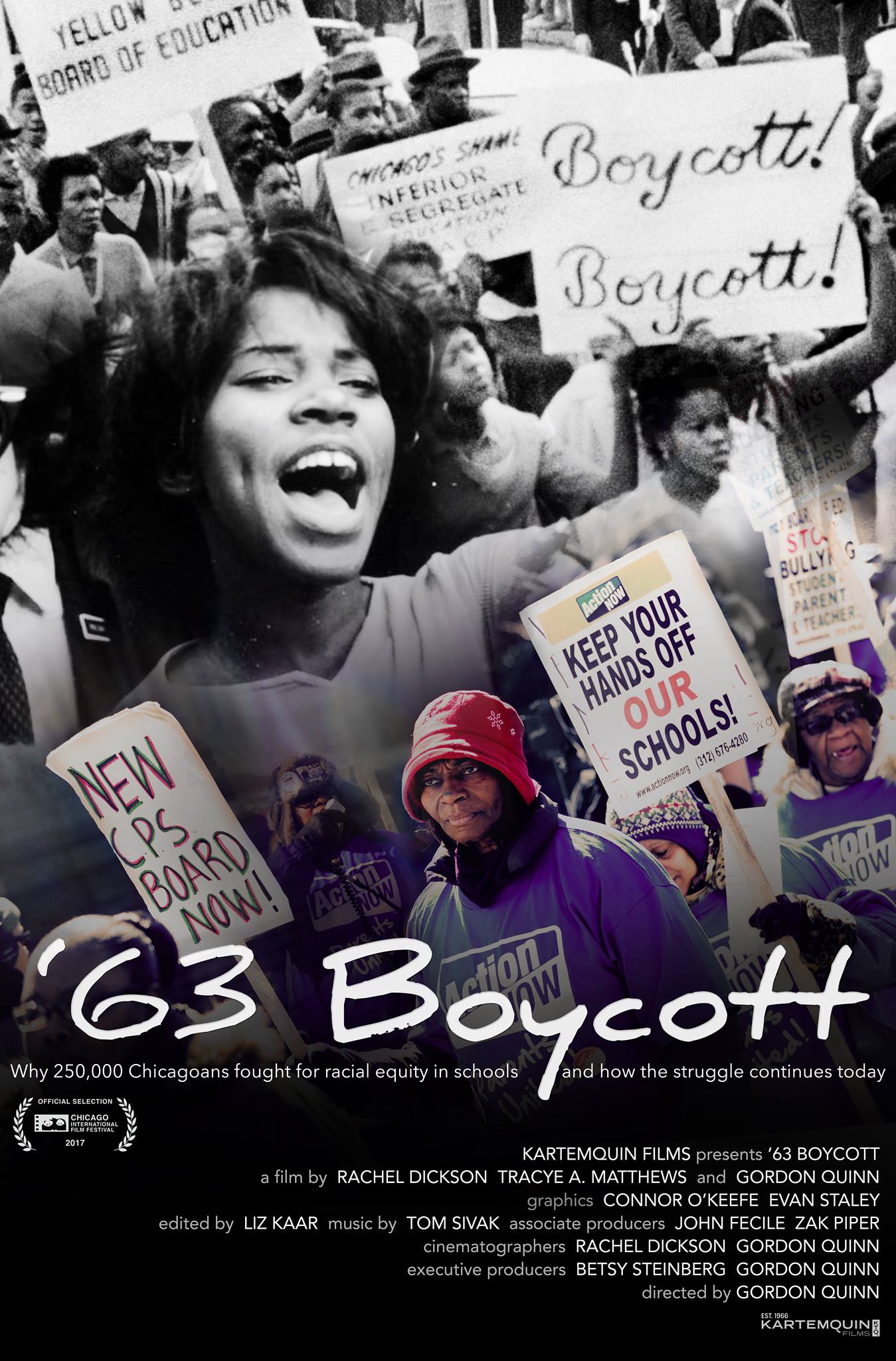 revisits October 22, 1963, when more than 250,000 students boycotted the Chicago Public Schools to protest racial segregation. Many marched through the city calling for the resignation of School Superintendent Benjamin Willis, who placed trailers, dubbed ‘Willis Wagons,’ on playgrounds and parking lots of overcrowded black schools rather than let them enroll in nearby white schools. Blending unseen 16mm footage of the march shot by Gordon Quinn when he was just 21 years old

with the participants’ reflections today, ’63 Boycott connects the forgotten story of one of the largest northern civil rights demonstrations to contemporary issues around race, education, school closings, and youth activism. Director Gordon Quinn joins us for a conversation on his lacerating look at the historic non-violent campaign to win access to educational parity and basic human rights.  ’63 Boycott is an overview of how much Chicago has changed and how much remains the same.

For news and updates go to: kartemquin.com/films/63-boycott

For more about ’63 Boycott and the catalog Kartemquin films

** ‘63 Boycott is one of 10 short documentaries to advance as a contender for Best Documentary Short at the 2019 Academy Awards.