In 2004, the United States’ first problem-solving court around prostitution was created in Queens County, New York. The court, presided over by the Honorable 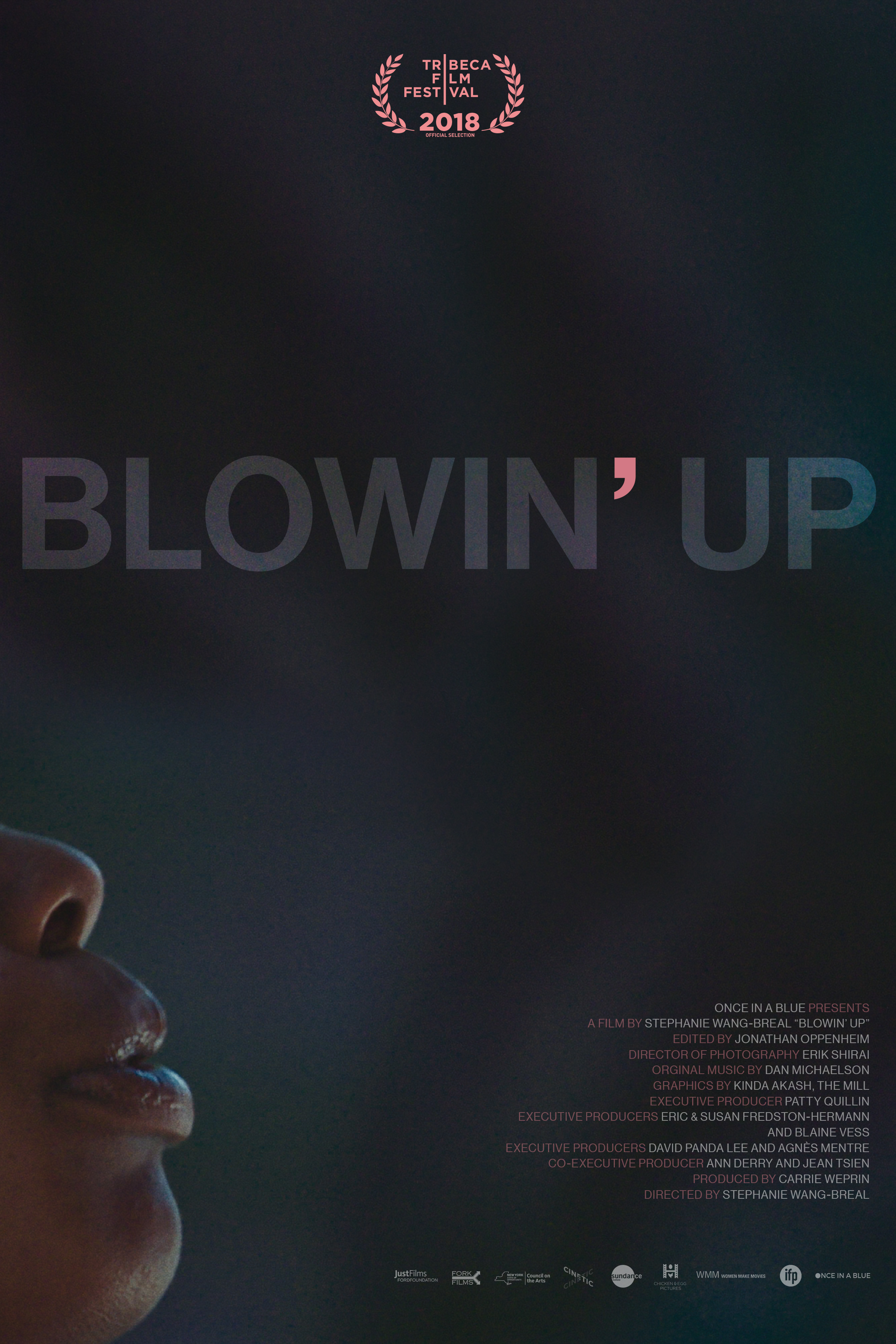 Toko Serita, attempts to redress the way women and young girls arrested for prostitution are shuffled through the criminal justice system. With unparalleled access to the workings of the court, BLOWIN’ UP captures what it feels like to go through these criminal proceedings as a female defendant. The overwhelming majority of women arrested are undocumented Asian immigrants, black, Latina and transgender youth. We hear directly from these women, in their own words, and we begin to understand the complex scenarios that bring them into the courtroom. As BLOWIN’ UP progresses, and a new administration takes over in the White House in 2016, the courtroom’s fragile ecosystem is tested and the fates of those who pass through become less certain. Director Stephanie Wang-Breal is an award-winning filmmaker and commercial director. BLOWIN’ UP is her third feature length film. Her

first film, Wo Ai Ni Mommy (I Love You, Mommy), was nominated for an Emmy®, and was the recipient of three Grand Jury Best Documentary Awards at the AFI/ Discovery Silverdocs Film Festival, the Asian American International Film Festival and the San Francisco International Asian American Film Festival, as well as a 2011 CINE special Jury Award. The film had its national television broadcast in 2010 on the award-winning PBS series POV. Director Stephanie Wang Breal stops by for a conversation on the vicious cycle of poverty, few job prospects, lack educational resources and criminalization of sex work.

For news and updates go to: blowinupfilm.com

For more on the films of Stephanie Wang Breal.com

“A true justice league of wonder women in action… one of the most hopeful real-world visions of heroic women ever to fill the screen.”  – Sheri Linden, THE HOLLYWOOD REPORTER

“Stephanie Wang-Breal’s fascinating film is an immersive portrait of a courtroom in Queens with a refreshingly nuanced take on a timely issue… Wang-Breal approaches the vastly misunderstood topic of sex work from a non-judgmental feminist perspective.” – Jude Dry, INDIEWIRE

“A powerful film about an innovative court in Queens where judgments are made with real world considerations beyond the letter of the law… The result is brilliant in every way.” – Stephen Saito, THE MOVEABLE FEST

“Candid in its politics and slow and meticulous in its exploration of a workplace and its cast of characters…these individual testimonies show how difficult it is to put someone into a convenient box, effectively blowing up the neat compartments we build around criminals and victims.” – Amy Zimmerman, THE DAILY BEAST