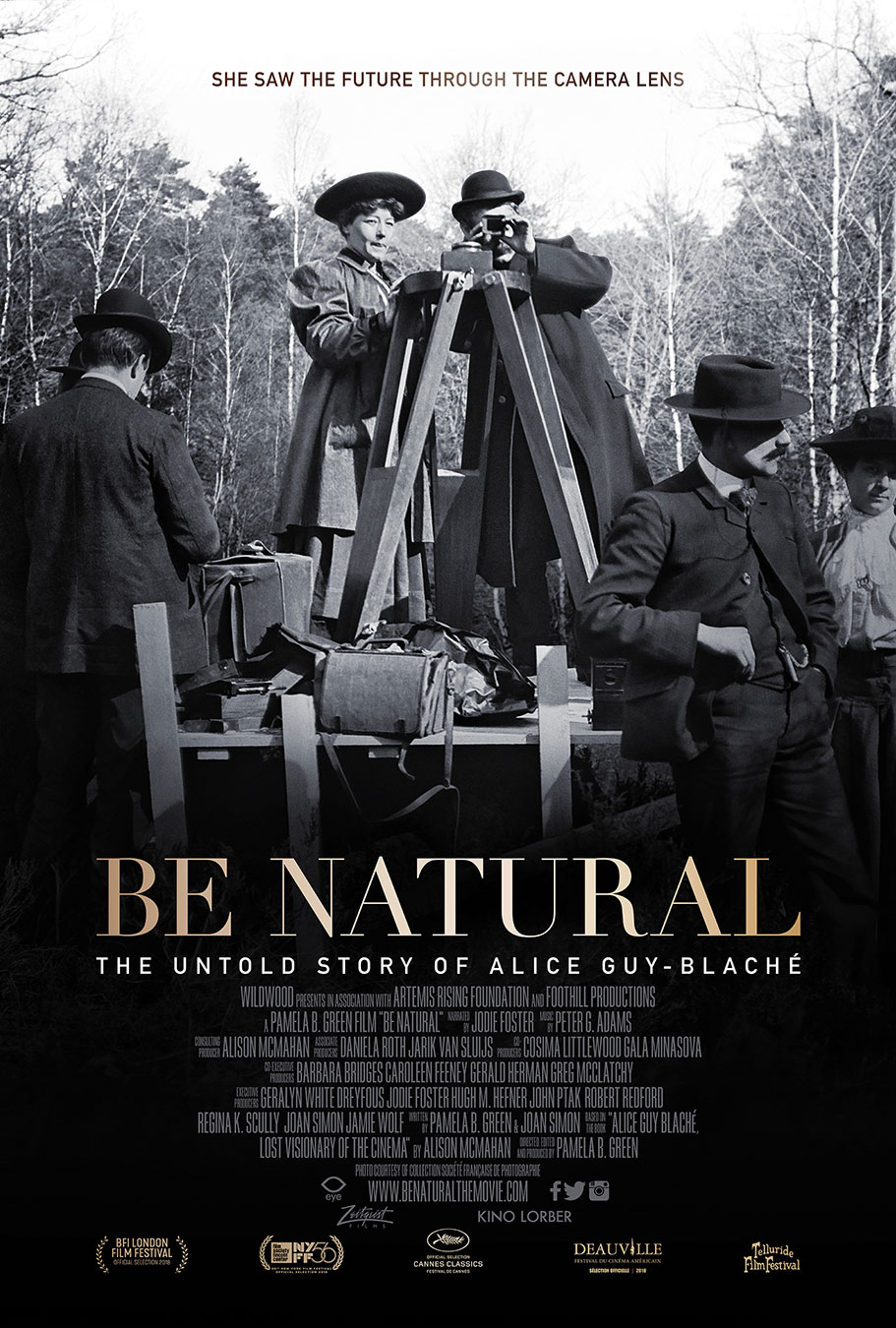 financial success she achieved before she was shut out from the very industry she helped create. Over the span of her career, she wrote, produced or directed 1,000 films, including 150 with synchronized sound during the ‘silent’ era. Her work includes comedies, westerns and dramas, as well as films with groundbreaking subject matter such as child abuse, immigration, Planned Parenthood, and female empowerment. She also etched a place in history by making the earliest known surviving narrative film with an all-African American cast. Pamela B. Green has dedicated more than eight years of research in order to discover the real story of Alice Guy-Blaché

(1873-1968) – not only highlighting her pioneering contributions to the birth of cinema but also her acclaim as a creative force and entrepreneur in the earliest years of movie-making. Green discovered rare footage of televised interviews and long archived audio interviews which can be heard for the first time in Be Natural: The Untold Story of Alice Guy-Blaché, which affords Alice Guy-Blaché to tell her own story. Director Pamela B. Green joins us for a conversation on the winding journey of discovery and the exhilaration that comes from showcasing a visionary artist, producer, studio head, entrepreneur, feminist, and groundbreaking filmmaker.

For news and updates go to: Benaturalthemovie.com

Be Natural: The Untold Story of Alice Guy-Blaché is distributed by Zeitgeist Films

For more about the filmmaker go to: pamelabgreen.com

“What starts as a biography turns into a detective thriller as Green crisscrosses the globe, searching for clues as to why Guy-Blaché has been forgotten.” – katie Walsh, Los Angeles Times

“The Untold Story of Alice Guy-Blaché is essential viewing for those who want a complete perspective on the history of film.” – Lorry Kikta, Film Threat