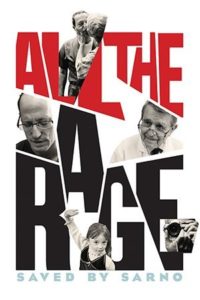 Filmmaker Michael Galinsky takes you on his 12-year journey to heal his back. Suffering from chronic back pain and weeks of living and sleeping on the floor, Galinsky found healing through his work directly with Dr. John Sarno at NYU Medical Center. Sarno had changed shock jock Howard Stern’s life. Veteran Senator Tom Harkin was inspired to campaign for his cause, and he gave comedian Larry David “the closest thing to a religious experience” he’s ever had. Sarno’s best selling book “Healing Back Pain” was first published in the 1980’s, and when co-director Galinsky’s father read it, he was cured of chronic whiplash. This artful and personal film, ALL THE RAGE – SAVED BY SARNO, braids Galinsky’s universal story of pain and emotion together with the story of Dr. Sarno’s work, connecting the audience to both the issues and the emotions at play. Featuring interviews with Howard Stern, Larry David, journalist John Stossel, Dr. Andrew Weil, Senators Bernie Sanders and Tom Harkin, and other luminaries, ALL THE RAGE offers a profound rethink of our health care. Director Michael Galinsky stops by to talk about his own back pain and journey to find out the connection between the body and personal trauma.

For news and updates go to: alltheragedoc.com

“This isn’t a conventional documentary, but it’s a damn adventurous film.” – John Everhart, Under the Radar

“”All the Rage” overrides most of its shortcomings by keeping a breezy tone and by showing Dr. Sarno to be a convincing speaker, as well as an affable and somewhat crusty character.” – Ken Jaworosky, New York Times