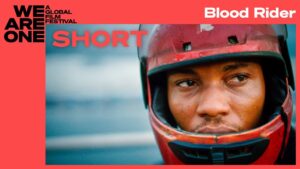 director Jon Kasbe (When Lambs Become Lions, Nascent, Mipso in Japan), focuses on the crippling blood shortage crisis and standstill traffic that plagues most hours of the day in Nigeria. On far too many days it can take over 24 hours to transport blood to patients in critical need. Joseph, one of the city’s motorcycle “blood riders,” can deliver blood to hospitals in under an hour. For mothers in labor, particularly in the case of Deborah dealing with a difficult delivery, this is often the difference between 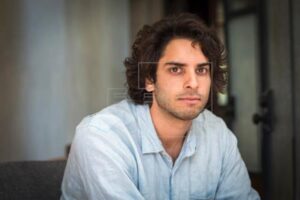 life and death.  Director Kasbe gives us an incredible sense of intimacy with his characters. BLOOD RIDERS puts us  there on the motorcycle and in the delivery room with Deborah and her husband. It boggles the mind. Director Jon Kasbe joins us for a conversation about the dire situation facing the people of Nigeria, a country of inadequate infrastructure, substandard health care capacity and systemic corruption, where a few dedicated people are determined to come to the aid of the most vulnerable among them.

For news and updates go  to: jonkasbe.com/#/blood-rider

About the filmmaker: Jon Kasbe is an Emmy Award-winning Australian-Indian director and cinematographer. His debut feature, “When Lambs Become Lions,” was a 2017 Sundance Documentary Fund recipient, won Best Editing at the 2018 Tribeca Film Festival, and was nominated for two 2019 IDA Awards in Best Cinematography and Best Editing. The film was released theatrically across the United States by Oscilloscope Laboratories and is now available on Apple TV and Amazon. His short films have screened at festivals worldwide and been recognized by SXSW, Hot Docs, Webbys, Vimeo Staff Picks, Camerimage Film Festival, Sheffield Film Festival, and National Geographic. In 2018 he was selected for DOC NYC’s inaugural 40 Under 40 list. He is currently developing a new film in Concordia Studios Artist-in-Residence.  For more about his filmology go to: jonkasbe.com