CATCH THE FAIR ONE opens with Kaylee “K.O.” Uppashaw (Kali Reis), a mixed 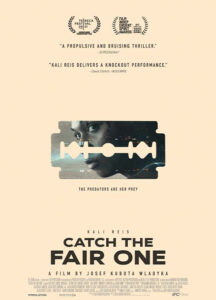 Indigenous boxer, preparing for a championship fight. Her hands are wrapped, gloves taped shut, and face greased. She pounds the mitts with her trainer, Brick (Shelly Vincent). The room echoes with the strength of each hit. She’s preparing for the boxing match of her life. The crowd roars in the distance as the sounds crescendo into a fever pitch, Kaylee wakes up in a 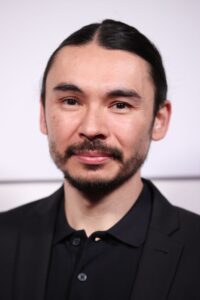 women’s shelter from a wishful dream of a life she once had. This is her reality. CATCH THE FAIR ONE chronicles Kaylee embarks on the fight of her life when she goes undercover in a sex trafficking operation to seek answers and revenge against the men responsible for the disappearance of her sister. Her

strength and determination are tested as Kaylee fights the real fight of her life—to find Weeta and make her family whole again. Director Josef Wladyka joins us to talk about his creative collaboration with boxing champion, co-writer, and lead actor Kali Reis, the stunningly beautiful work of cinematographer Ross Giardina and the lingering impact of colonial conquest and racism on the indigenous peoples of North America.

For updates and screenings go to: ifcfilms.com/films/catch-the-fair-one

About the filmmaker – Born to a Japan­ese moth­er and a Pol­ish father who was pas­sion­ate about pho­tog­ra­phy and films, he received an MFA from New York Uni­ver­si­ty. He was the 2010 recip­i­ent of the Spike Lee Fel­low­ship Award, which pro­vid­ed men­tor­ship and funds for his fea­ture debut Manos sucias. His film won Best New Nar­ra­tive Direc­tor at the 2014 Tribeca Film Fes­ti­val and was nom­i­nat­ed for two Inde­pen­dent Spir­it Awards. He also direct­ed episodes of the series Nar­cos, Fear the Walk­ing Dead, and The Ter­ror. Catch the Fair One is his sec­ond film.

“The film was shot in upstate New York in winter, and train yards, concrete underpasses, and pine forests all factor in to the story, which barrels forward with an unstoppable, stomach-churning momentum.” – Katie Rife, AV Club

“A textured story of how festering loss leads to unblinking resolution for justice, wins in a knockout.” – Robert Daniels,

“Reis delivers an excellent performance and gets to showcase her considerable boxing skills often, and a truly great roster of actors supports her.” – Bobby LePire, Film Threat

“Anchored by a memorable performance by Kali Reis, Catch the Fair One is more than just a crime vendetta story. It’s also about inequalities in race and social class, told from a Native American perspective that’s rarely shown on screen.” – Carla Hay, Culture Mix