DAY OF RAGE chronicles the January 6, 2020 attack on the United States 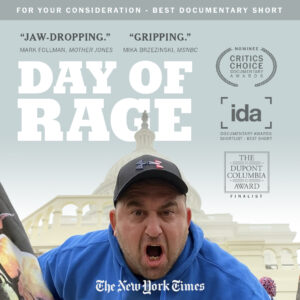 Capitol,  arguably the most widely documented act of political violence in history. During a six-month investigation The New York Times obtained analyzed and mapped out thousands of hours of video to provide the most complete account of the Capitol riot to date. DAY OF RAGE charts in chilling detail how the peaceful transition of power was disrupted

by rioters who stormed a seemingly impenetrable seat of government. Viewers gain critical insights into the character and motivation of the rioters by experiencing the day through their cellphone videos police body cameras surveillance footage inside the Capitol and the internal 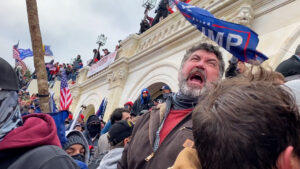 radio recordings detailing how the officers responded. Co-producer Malachy Browne (David Botti) joins us to talk about the methodical way in which a large team of New York Times reporters, social media experts and investigators, from the newspaper’s Visual Investigations Unit, pieced together this harrowing and eye-opening account of the attack on the our nation’s Capital and it’s intended objective, to sabotage the will of the American people by negating the results of a freely decided election through violence and lend support to the efforts of a major political party’s plan of organized sedition.

Watch at: youtube.com/Day of Rage

Sign up for The New York Times Visual Investigations newsletter