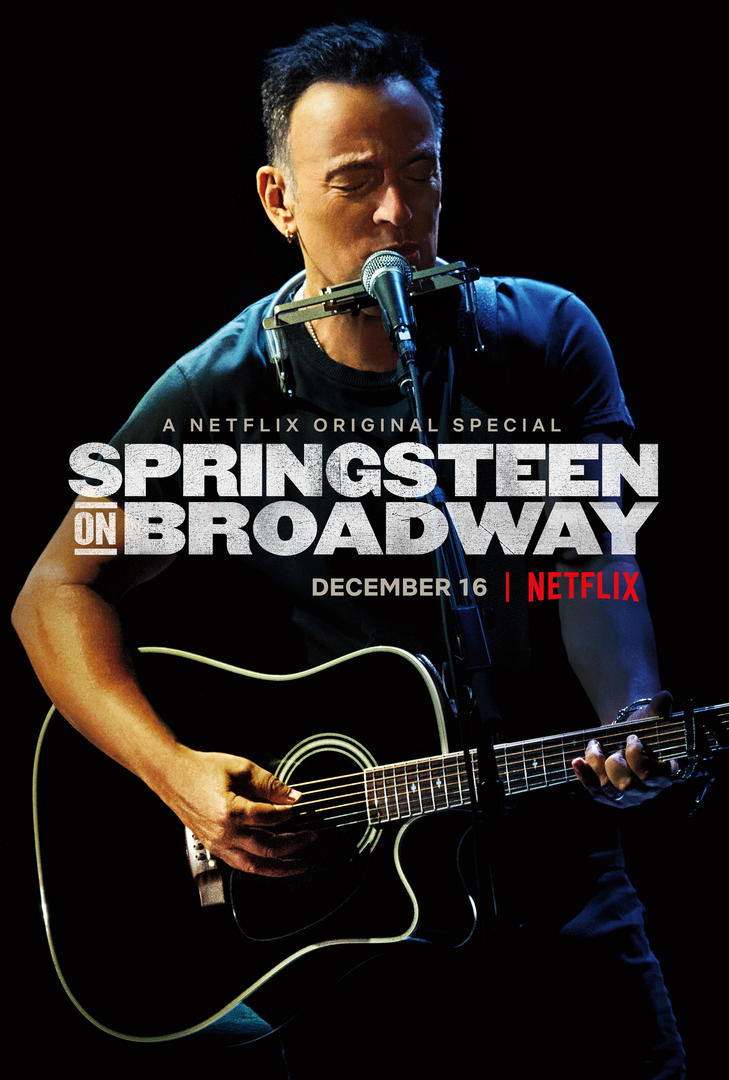 on his worldwide best-selling autobiography Born to Run and nothing short of the theater event of the year, SPRINGSTEEN ON BROADWAY is a unique evening with Bruce, his guitar, a piano, and own stories—including a special appearance by Patti Scialfa. The intimate performance features personal anecdotes and songs including “Born to Run,” “Thunder Road” and “Brilliant Disguise.” SPRINGSTEEN ON BROADWAY was filmed live for Netflix at Jujamcyn’s Walter Kerr Theatre

and directed and produced by Emmy Award-winner Thom Zimny (“Bruce Springsteen and the E Street Band: Live in New York City (2001)”). In addition to Zimny, the Netflix original special is produced by the same team that produced “Springsteen On Broadway,” including Springsteen manager Jon Landau, Springsteen tour director George Travis, and Landau Management partner Barbara Carr. Director Thom Zimny joins us for a conversation on his working relationship with one of the singular musical artist in recording history and the challenge of capturing the intimacy of a live, Broadway experience.

Springsteen on Broadway on netflix.com

“Springsteen has mastered the dynamics needed to keep a mostly talking, partly singing show riveting for a running time that’s epic by monologists’ standards, if not his own.” – Chris Willman, Variety

“Not only does “Springsteen on Broadway” work on its own as a Netflix special, it gives you all the same feels seeing the show live at the Walter Kerr Theater brought out.” – Joey Madison, AwarsCircuit.com