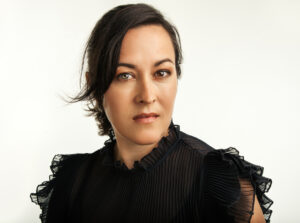 the second season of USA Network’s high profile series, DIRTY JOHN: THE BETTY BRODERICK STORY. This season is special for the fact that all eight episodes were directed by women. Kiley directed four out of the eight episodes, including the season premiere and finale. DIRTY JOHN: THE BETTY BRODERICK STORY follows the tumultuous relationship of Betty and Dan Broderick, played by Amanda Peet and Christian Slater, as their marriage turns into what was called one of “America’s messiest divorces” even before it ended in double 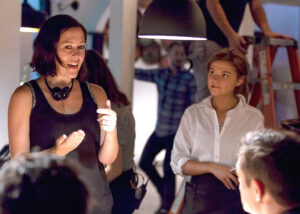 homicide. DIRTY JOHN: THE BETTY BRODERICK STORY follows a high society woman, mother of four, driven to the edge by her husband’s lies, manipulation, and psychological abuse, that slowly escalates as his extra-marital affair is revealed, a bitter divorce ensues, and blood is shed. This is a warts-and-all depiction of the extremes of erratic behavior provoked under pressure. The creative juggernaut known as Maggie Kiley takes time out of her very busy life to talk with us about her love for storytelling, mentoring other artists and working with her beloved actors.

For news and updates go to: maggiekiley.com

About the filmmaker: Award-winning filmmaker Maggie Kiley, is an alumnae of AFI’s Directing Workshop for Women, both a Fox and Film Independent Directing Fellow. She was recently as the first director chosen for Ryan Murphy’s Half Initiative, which has led to gigs helming episodes of American Horror Story: Cult, Scream Queens, and 9-1-1. Her credits reflect her diversity, since she has made contributions to CW’s Katy Keene, Riverdale, Marvel’s The Gifted, Netflix’s What/If and Syfy’s George R. R. Martin’s  Nighflyers, to name just a few. Kiley recently signed a major  exclusive, multi-year overall deal at Warner Bros TV. Under the pact, she will render director and executive producer services for the studio, in addition to developing new TV projects for broadcast, cable and streaming services. She was the first woman in 30 years to have a TV deal at WBTV like this. Maggie Kiley began her career as an actor with the Atlantic Theatre Company in New York City before making the transition from acting to directing with her award winning short film, Some Boys Don’t Leave. The film stars Jesse Eisenberg and Eloise Mumford and played over 50 festivals, garnering top honors at Tribeca and Palm Springs. Kiley received the Panavision New Filmmaker Grant for her debut feature, Brightest Star which starred Chris Lowell and Allison Janney. Her second feature, Dial a Prayer, released in 2015 starred Brittany Snow and William H. Macy. Her third feature was a thriller with Anna Camp, titled Caught marking the last of three features films in three years.