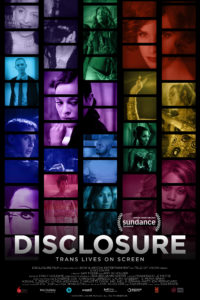 eye-opening look at transgender depictions in film and television, revealing how Hollywood simultaneously reflects and manufactures our deepest anxieties about gender. Leading trans thinkers and creatives, including Laverne Cox, Lilly Wachowski, Yance Ford, Jen Richards, Mj Rodriguez, Jamie Clayton, and Chaz Bono, share their reactions and resistance to some of Hollywood’s most beloved moments. Grappling with films like A Florida Enchantment (1914), Dog Day Afternoon, The Crying Game, and Boys Don’t Cry, and with shows like The Jeffersons, The L-Word, and Pose, they trace a history that is at once dehumanizing, yet also evolving, complex, and sometimes humorous. What emerges is a 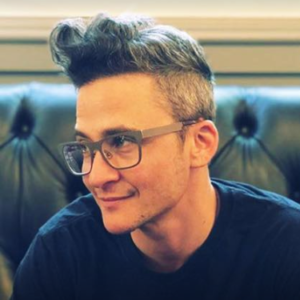 assumptions, and shows how what once captured the American imagination now elicit new feelings. DISCLOSURE provokes a startling revolution in how we see and understand trans people. Director Sam Feder joins us for a conversation on the prejudice and crippling stereotypes being pushed out by film and television as well as barrier breaking stories being told by filmmakers, writers and artists

For news and updates go to: disclosurethemovie.com

Statement from the filmmakers: DISCLOSURE shows audiences that decades-old stereotypes, memes, and tropes in the media both form and reflect our understanding of trans issues. They have shaped the cultural narrative about transgender people, and inform everything from dating and domestic violence, to school policy and national legislation. Since 80% of the population have never met a transgender person, all they know is rooted in media depictions, which are predominantly problematic and have rarely included participation by actual trans people. Disclosure is aimed at that 80%.

“Crafted with obvious love, Feder beautifully guides the audience through the many pitfalls transgender people have faced along the road to representation.” – Ian Thomas Malone, FanSided

“(Disclosure) not only leaves us with the hope that things will improve, but it also shows us how much better the industry is when everyone is included, represented, and respected.” – Norman Gidney, Film Threat

“In making the film, Feder and Cox are rewriting the very history they set out to tell, adding one more title to “positive representation” list. That alone is worth coming out for.” – Jude Dry, indieWire