And the king said, “what a FANTASTIC MACHINE” is a thought-provoking 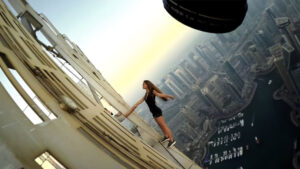 examination of humanity’s infatuation with itself and the endless ways of framing the world through the camera’s lens. In the process, the filmmakers also raise the question of societal consequences stemming from the image output of 45 billion* cameras on the planet (*total expected in 2022). Utilizing the best element of the archival genre, this often-comical documentary, FANTASTIC MACHINE, take us from the Camera Obscura to the early 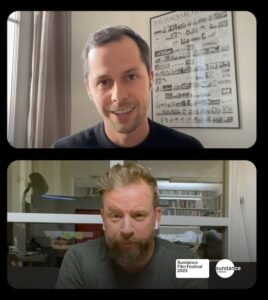 days of photography and the moving image, when the monetization and exploitation of image was first embraced. Moving past historical landmarks in image-creation, the Filmmakers land squarely on our modern times, when our 45 billion cameras worldwide will contribute to 500

hours of images uploaded onto the internet every minute. Award-winning Co-directors Axel Danielson and Maximilien Van Aertryck bring their trademark humor, keen socio-anthropological eye, and penetrating point of view to our screens, allowing for a great deal of laughter amidst the thought provoking self-reflection and sometimes shocking self-assessment.

For more go to: plattformproduktion.se

About the filmmaker – Director-producer-cinematographer Maximilien Van Aertryck met Axel Danielson while at film school in Gothenburg, Sweden. The two started making films together at Plattform Produktion in 2013. Van Aertryck and Danielson produced-directed the award-winning short documentary Ten Meter Tower, shortlisted for an Academy Award (2017) and nominated for an Emmy Award. Fantastic Machine is their debut feature.

About the filmmaker – Swedish director-producer Axel Danielson joined fellow alumni, producer Erik Hemmendorf and director Ruben Östlund (Triangle of Sadness), at Plattform Produktion in 2005, becoming a co-owner in 2012. In 2017, Maximilien Van Aertryck and Danielson produced-directed the award-winning short documentary Ten Meter Tower, shortlisted for a 2017 Academy Award and nominated for an Emmy Award. Fantastic Machine is their debut feature together.