From the Oscar nominated team behind the genre-defying Embrace of the Serpent, 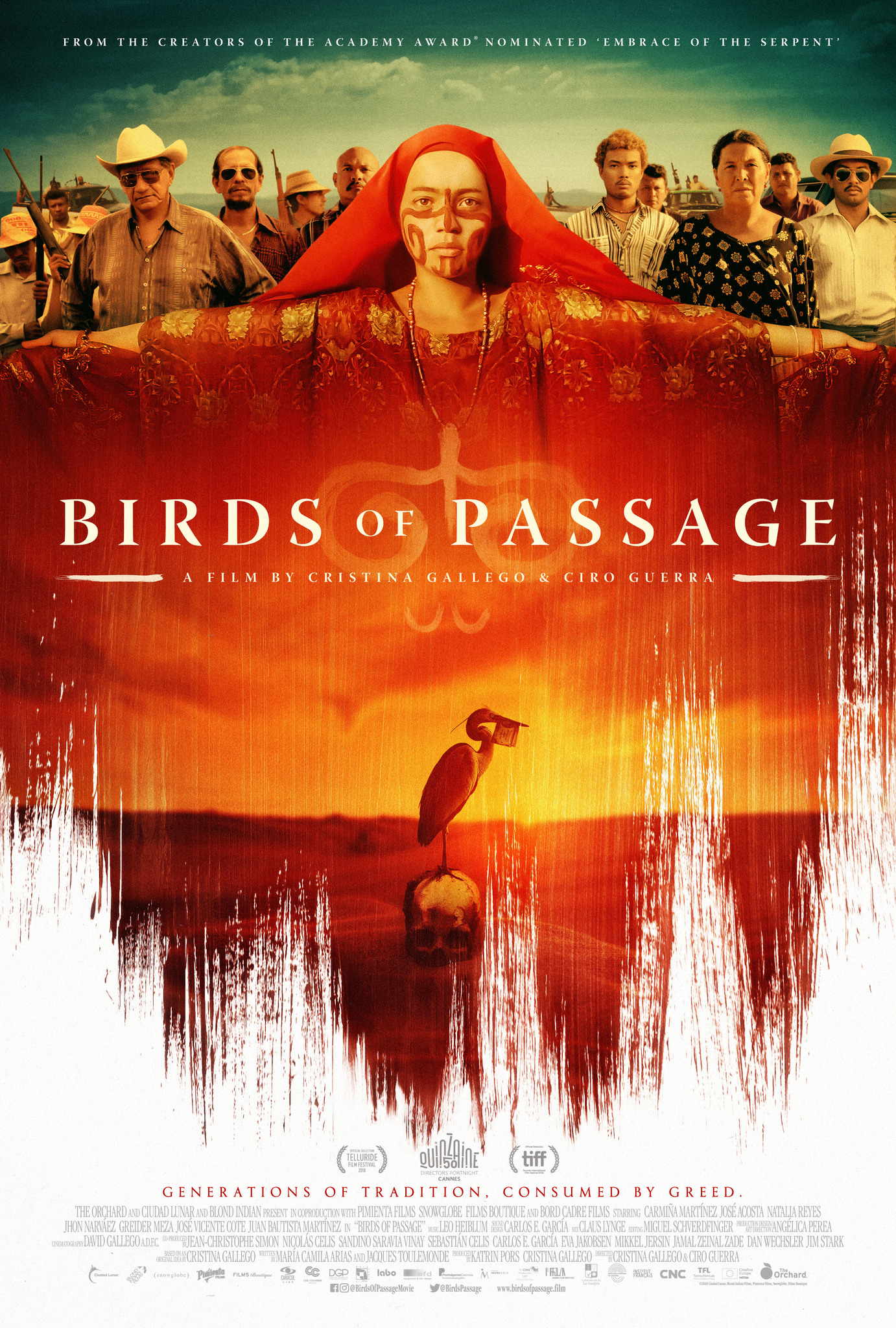 comes an equally audacious saga centered on the Wayúu indigenous people during a crucial period in recent Colombian history. Torn between his desire to become a powerful man and his duty to uphold his culture’s values, Rapayet (José Acosta) enters the drug trafficking business in the 1970s and finds quick success despite his tribe’s matriarch Ursula’s (Carmiña Martínez) disapproval. Ignoring ancient omens, Rapayet and his family get caught up in a conflict where honor is the highest currency

and debts are paid with blood. A sprawling epic about the erosion of tradition in pursuit of material wealth, Birds of Passage is a visually striking exploration of loyalty, greed, and the voracious nature of change. Co-directors Ciro Guerra and Cristina Gallego join us for a conversation on their beautifully crafted mix of drug-trade epic and intimate family saga.

For news and updates go to: birdsofpassage

“Harrowing in its repetitive violence, but never less than fascinating as a piece of ethnology, with magic-realist dimensions, that amounts to an origin story of the Latin American drug trade. It’s an extraordinarily accomplished piece of filmmaking.” – Joe Morgenstern, Wall Street Journal

“Three viewings in, I’m still flabbergasted by the scope and detail of this movie … and in awe of the way its unique cover version of a crime-doesn’t-pay story totally pays off.” – David Fear, Rolling Stone

“The ease and charisma of the performers, trained and nonprofessional actors alike, heighten the emotional impact.” – A.O.Scott, New York Times