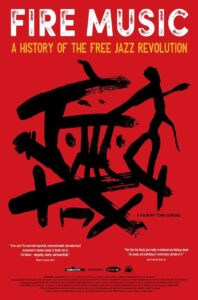 maligned in some jazz circles, its pioneers – brilliant talents like Ornette Coleman, Cecil Taylor, Sun Ra, Albert Ayler, and John Coltrane – are today acknowledged as central to the evolution of jazz as America’s most innovative art form. FIRE MUSIC showcases the architects of a movement whose radical brand of improvisation pushed harmonic and rhythmic boundaries, and produced landmark albums like Coleman’s Free Jazz: A Collective Inspiration and Coltrane’s Ascension. A rich trove of archival footage conjures the 1960s jazz scene along with incisive  reflections by critic Gary Giddins and a number of the movement’s key 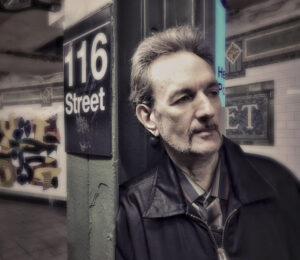 players. FIRE MUSIC tells the exciting history behind the free jazz movement. This incredible music documentary focuses on a new form of jazz that began in the late 1950s. This new jazz was separate from the happy sounding commercial jazz music that made jazz a well known music genre all over the world. This free jazz was angrier and more emotional because the music reflected the turbulent times. The musicians behind this free jazz sound were ignored by mainstream media and as a result created their own

subculture. Today free jazz has the largest audience in its 50 year plus history. FIRE MUSIC will stand as the first serious attempt to capture the sights and sounds of one of the most innovative movements in music history. Director Tom Surgal joins us for a conversation on the contentious birth and begrudging acceptance that has morphed into a celebration of the musicians who pushed the boundaries of America’s greatest contribution to the world of music.

For news, screenings and updatesfiremusic.org

The Story of Free Jazz – In the late 1950s, after the Abstract Expressionists had taken the art world by storm and the Beats had forever changed the face of literature, a new radical form of Jazz erupted from New York’s Lower East Side. This new music was a far cry from the toe-tapping, post-Bebop sound of the Jazz mainstream popular in the day. This was an angry form of Jazz that mirrored the more turbulent times in which it was being played. The young mavericks who pioneered this movement came to create some of the most unconventional sounds ever heard. They eschewed every preconceived notion of what music was, abandoning melody, tonality, set time rhythms, the very concept of composition itself, creating new songs spontaneously, on the fly. This coming together of these like-minded artists, iconic figures such as Ornette Coleman, Cecil Taylor, Albert Ayler, Sun Ra, Eric Dolphy and John Coltrane, was one of those remarkable phenomena that rarely occur in the course of history. Like all the groundbreaking artistic movements that had preceded them, the early progenitors of the Free Jazz scene were initially met with skepticism and outright disdain. They were accused of being anti-Jazz, and the music they played was dismissed as being pure noise. Undeterred by their critics, they soldiered on in relative obscurity and in the process created one of the most influential bodies of work of the contemporary age. Turned away by nightclubs and ignored by the mainstream media, these cutting edge trailblazers were driven to create their own subculture. They self-released their own albums and found unconventional places in which to perform, like coffee houses and lofts, eventually forming their own communally-run venues. The ’60s was a politically charged era, and no music reflected the tenor of the times better than Free Jazz. The resounding cries of atonal saxophones and the spastic pounding of drums reflected the growing indignation of a youth in revolt. As the ’70s wound down, America embarked on a new era of conservatism. As Reagan assumed power, a new breed of musician lay claim to the Jazz idiom. These young Turks denigrated the great Free Jazz innovators who had preceded them, and sought instead to champion a revisionist brand of Jazz, what fabled soprano saxophonist Steve Lacy dubbed “Re Bop.” With the advent of popular Jazz becoming even more mainstream, an already marginalized form be- came even more pushed to the outer fringe. But Avant Garde Jazz managed to persevere. As the ’80s progressed, a new development started to occur. The Post-Punk enthusiasts who comprised the whole Alternative Rock Nation, discovered their kindred souls in the sonic blasters of the Free Jazz scene. The music actually enjoys a larger audience today than it ever has. This is the story of an irrepressible art form that has inspired generations of fans the world over. The originals that bucked convention in order to mold their radical sound must have their story told, as their fire will burn forever.f

About the filmmaker – Writer / Director Tom Surgal is known for directing a series of groundbreaking music videos for leading alternative bands like Sonic Youth, Pavement and The Blues Explosion. Tom was initially mentored in filmmaking by Brian DePalma and would go on to work in a wide range of film production jobs, including production design and casting. Tom is also a musician who has performed regularly with Nels Cline (Wilco), Thurston Moore (Sonic Youth), Jim O’Rourke and Mike Watt (Minutemen, The Stooges) and is co-leader of the improvisational ensemble White Out. He is also a curator who has programmed celebrated music series at various downtown New York venues, including an entire month of shows at John Zorn’s hallowed performance space The Stone. Tom is recognized as a leading authority on Avant-Garde Jazz and boasts one the world’s largest collections of Free Jazz recordings

“Whether you’re already into this stuff or just dipping your toe into the Kool-Aid,Fire Musicdelivers all the brimstone and more. Just be ready.” – Chuck Foster, Film Threat

”As a fan of improvisational music myself, the 88 minutes of this movie constituted a too-short heaven on earth. I’d binge on an expanded series, honestly.” – Glenn Kenny, New York Times

“There’s plenty in Fire Music for both free jazz aficionados and neophytes, but there’s no doubt this is a doc that gives this music its due.” – Stephen Silver, Splice Today

“Featuring past and recent interviews with many of the key figures and generous doses of archival photographs and vintage performance footage, the film should be on any serious music lover’s must-see list.” – Frank Scheck, Hollywood Reporter