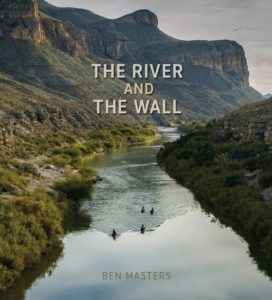 through the unknown wilds of the Texas borderlands as they travel from El Paso to the Gulf of Mexico on horses, mountain bikes, and canoes. Conservation filmmaker Ben Masters realizes the urgency of documenting the last remaining wilderness in Texas as the threat of new border wall construction looms ahead. Masters recruits NatGeo Explorer Filipe DeAndrade, ornithologist Heather Mackey, river guide Austin Alvarado, and conservationist Jay Kleberg to join him on the two-and-a-half-month journey down 1,200 miles of the U.S.-Mexico border. They set out to document the borderlands and explore the potential

impacts of a border wall on the natural environment, but as the wilderness gives way to the more populated and heavily trafficked Lower Rio Grande Valley, they come face-to-face with the human side of the immigration debate and enter uncharted emotional waters. Ben Masters is best known for his UNBRANDED, a feature documentary on Netflix, in which he and three friends adopted 16 wild mustangs, trained them, and rode 3,000 miles from Mexico to Canada to inspire wild horse adoptions. Director Ben Masters join us to talk about the spectacular natural beauty of the Rio Grande Valley, the people who live along the Mexico – American border and the on-the-ground reality of a border wall.

For news and updates go to: theriverandthewall.com

For more on the filmmaker go to: benmasters.com

“If The River and the Wall runs the risk of being too repetitive, Masters breaks up the argument with a sense of adventure.” – Alan Zilberman, Washington City Paper

“The River and the Wall is going to be one of the most-talked about documentaries of 2019 because of its timeliness in the current political environment.” – Danielle Solzman, Solzy at the Movies