Anchored by a riveting performance Yellow Rose tells the story of Rose, (Eva 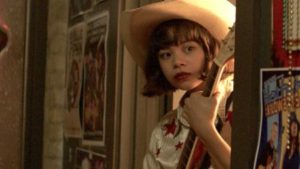 Noblezada) an undocumented 17-year old Filipina, dreams of one day leaving her small Texas town to pursue her country music dreams. Her world is shattered when her mom, Priscilla, (Princess Punzalan) suddenly gets

picked up by Immigration and Customs Enforcement. Rose, facing this new realty, is forced to flee the scene, leaving behind the only life she knows, and embarks on a journey of self-discovery as she searches for a new home in the honky tonk world of Austin, Texas. Director Diane Paragas stops by to talk about heartwarming and insightful film, working with Dale Watson and the film’s World Premiere at the Los Angeles Asian Pacific Film Festival.

For news and updates go to: yellowrosefilm.com