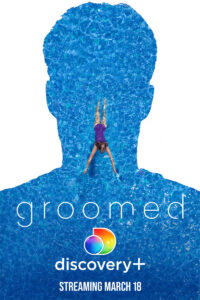 she returns to her hometown in search of answers about the man who sexually abused her as a child. To understand her ongoing traumas, Gwen travels to meet survivors, psychologists, and even a convicted sex offender.  Produced by Gwen van de Pas, Bill Guttentag, and Dylan Nelson, GROOMED addresses a common yet little understood manipulation type called ‘grooming’, how to recognize it, and how to stop it. What begins as an exploration into grooming becomes a dramatic journey where

Gwen faces unexpected revelations in her case, finally finds her anger, and boldly confronts the evil we’d rather ignore. Filmmaker and subject of Groomed, Gwen van de Pas joins us for a conversation on the setbacks and the triumphs she has experienced during the many years she has lived with the trauma of sexual abuse and why it was so important for her to make this film.

For news and updates go to: groomedthemovie.com

Groomed is available now on Discovery Plus at discoveryplus.com

About the filmmaker – Gwen van de Pas is a Dutch filmmaker who lived in San Francisco for 12 years. She studied Film in Holland, holds an MBA from Stanford, and worked for Consulting firm Bain & Company for 12 years. Passionate about stories that matter, she’s ready to tell the story of “GROOMED.”

“Van de Pas calls on experts, psychologists and a convicted sex offender for interviews, but the most illuminating examples come from her own story.” – Natalia Winkelman, New York Times

“Director Gwen van de Pass, who lives in San Francisco as an adult, turns the tables on that scenario by being able take control of the narrative of own sexual abuse story. – Susan Wloszczyna, AWFJ Women on Film