Tender and empowering, HAIR LOVE is an ode to loving your natural hair – and a

celebration of daddies and daughters everywhere. It’s when it’s up to Daddy to give his daughter an extra-special hair style in this story of self-confidence and the love between fathers and daughters. Zuri knows her hair is beautiful, but it has a mind of its own. It kinks, coils, and curls every which way. Mum always does Zuri’s hair just the way she likes it – so when Daddy steps in to style it for an extra special occasion, he has a lot to learn. But he LOVES his Zuri, and he’ll do anything to make her – and her hair – happy.

MATTHEW A. CHERRY – in 2007, after retiring from the NFL, Matthew a. cherry moved to los angeles, and switched gears to begin work as a production assistant. 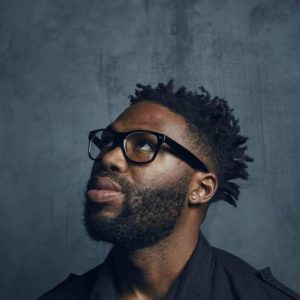 after working on over forty commercials, he developed his skills as a director, transitioning from music videos to his first feature film (2012’s THE LAST FALL). in 2017, he launched a kickstarter campaign for an animated short about a black father’s struggle to learn how to style his young daughter’s hair. it became the most highly-funded short film campaign in the platform’s history, and was later released in theaters nationwide. Matthew was an executive at Jordan peele’s production company Monkeypaw productions, he served as an Executive producer on the Spike lee film BLACKKKLANSMAN, and has most recently directed on the aBc hit show BLACK•ISH.

EVERETT DOWNING JR. – is an animator, story artist and director living in the greater los angeles area. Everett began his career as a story artist at Big idea

productions before making his break into feature film, animating at Blue Sky Studios on the original ICE AGE. he worked as an animator and story artist on 3 more features there (including ROBOTS, ICE AGE 2 and EPIC) before taking a position as an animator at pixar animation Studios. after animating on several award-winning feature films (every feature from RATATOUILLE to MONSTER’S UNIVERSITY), he transitioned back into story where he boarded on THE TOY STORY THAT TIME FORGOT and CARS 3. currently he’s working at Netflix animation where he just finished storyboarding on Jorge Gutierrez’s animated mini-series, MAYA AND THE THREE.

BRUCE W. SMITH – is a feature film director, animator and television producer. he is best known as the creator and executive producer of the Disney channel hit show

THE PROUD FAMILY and for supervising the animation of the evil villain Dr. Facilier in the Walt Disney animated film THE PRINCESS AND THE FROG. Smith studied animation at California institute of the arts and later joined the Walt Disney Studios as an animator on WHO FRAMED ROGER RABBIT. Smith went on to direct the paramount pictures film BEBE’S KIDS and co-directed on the Warner Bros. live action/animated movie SPACE JAM before returning to Disney to supervise animation on TARZAN and THE EMPEROR’S NEW GROOVE. Smith’s knack for unique character design led him into the visual development of other projects at the studio such as WRECK-IT RALPH and FROZEN. Smith is currently signed to an overall deal at Disney television animation.