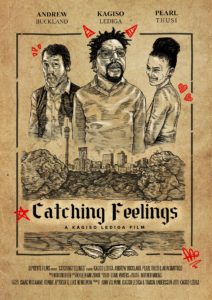 Max  Matshane  (Kagiso  Lediga),  is  a  34-year  old  author  who  wrote  a  South African bestseller  in  his  20’s,  but  whose  star has  waned  and  now  finds  himself  as  a disgruntled  professor,  teaching  creative writing  at  the  local  university. Max  lives in  a  leafy  Johannesburg  suburb  with  his exceptionally  beautiful  wife,  Samkelo (Pearl  Thusi),  whose  career  is  on  the  rise as a reputable  journalist. Despite  their love  for  each  other,  their  relationship has  hit  a  rut.  Max  now  spends  his  time at  dinners  and  events,  musing  over  his frustrations  with  his  key  conspirator  and sounding  board,  Joel  (Akin  Omotoso), who  himself  has  his  hands  full  with  an illicit affair. A  wintery  Johannesburg  sets  the  scene, as  it  brings  with  it  a  very  successful  and flamboyant  author,  Heiner  Miller  (Andrew Buckland),  who  abandoned  South  Africa for greener pastures and now returns to  do  a  residency  in  Max’s  department.  But  after 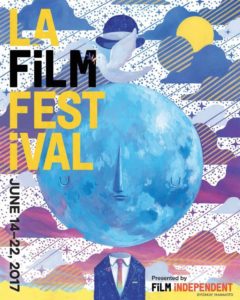 Heiner  suffers  a mild  heart  attack, Max is  forced  to  bring him into his own home to recuperate. Instantly,  tensions  rise  as  the  infectious joie  de  vivre  of  Heiner  is  set  on  a  collision course  with  the  mundane  life  that  Max and  Sam  have  cultivated.  With  new questions  about  love  and  truth  thrust upon  them,  Max  and  Sam  are  faced  with an  unexpected  crossroad,  as  they  search for reason and purpose to life. Director and writer Kagiso Lediga joins usto talk about his edgy, sophisticated and funny feature and its debut at the 2017 Los Angeles Film Festival.

For news and updates go to: bigdog.digitalworkshop.tv/CatchingFeelings or go to: diprente.co.za/portfolio/catching-feelings