Kipchoge: The Last Milestone is a cinematic portrait of world record marathon 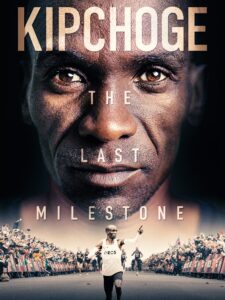 holder Eliud Kipchoge as he prepares to break one of the last milestones in sporting history: the sub-two hour marathon. It follows his journey from his

training grounds in Kenya, to the high-tech facilities in Europe, to his record attempt in Vienna. His motto: no human is limited. Kipchoge: The Last Milestone offers unprecedented access to Eliud, capturing the Kenyan marathon runner’s preparation ahead of his attempt to

achieve the seemingly impossible. The film also takes a personal look at the athlete with footage from Kipchoge’s home in Kenya, interviews with those closest to him, the daily rituals of his life and the dynamics within his team and community. Director Jake Scott joins us for a conversation on working with Executive Producer Kevin Macdonald as well as the technical and logistical challenges of capturing behind-the-scenes team of specialist and the graceful choreography of the runners and the amazing Eliud Kipchoge.

For news and screenings go to: kipchogemovie.com/watch-at-home

“Indeed, it’s the behind-the-scenes elements of Jake Scott’s documentary which makes it such an interesting film.” – Rob Aldam, Backseat Mafia