At ninety-three, Mama Icha feels that the end of her life is near. Despite 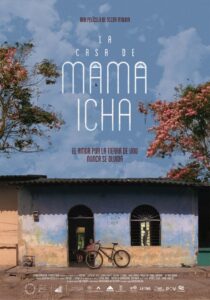 protestations from her family, she spends her days focusing on just one thing: returning to her native village of Mompox in northern Colombia. Mama Icha dreams of passing her final years taking comfort in the landscapes of her youth, walking along the Magdalena River at dusk, surrounded by her relatives and neighbors in the courtyard of the house that she painstakingly had built during her years of absence, with the money she sent from abroad. Thirty years prior, Mama Icha had emigrated to the United States to help her daughter with the care of her children and has remained ever since. Now, against the best wishes of 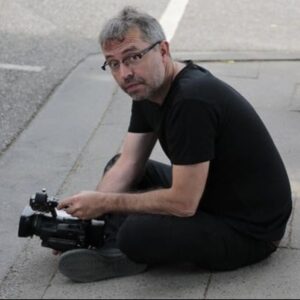 her family in America, Mama Icha boards a plane and flies back to Colombia where she meets her sons, Gustavo and Alberto, who have been in charge of her house while she’s been gone. But upon returning, the idyllic

world of her memories is confronted by the harsh reality of deteriorating family relationships and broken expectations. The confrontation is disappointing and forces Mama Icha to consider exactly how much she’s willing to sacrifice for the notion of home that she’s longed for so long. Director Oscar Molina stops by to talk about agism, poverty, family strife and the understandable desire to re-connect with our past.

For news and updates go to: amdoc.org/watch/casademamaicha

For more go to: micasamyhomefilm.weebly.com

POV is pleased to announce the national broadcast premiere of La Casa de Mama Icha, the debut feature documentary from Colombian director and cinematographer Óscar Molina. Debuting as part of POV’s 34th season, the documentary will premiere Monday, October 18, 2021 on PBS at 10 p.m. ET (check local listings) and at pov.org. It will also be available to stream for free at pov.org through December 17, 2021. La Casa de Mama Icha is a co-presentation of POV and Latino Public Broadcasting.

About the filmmaker – Director Óscar Molina is a Colombian filmmaker with a background in journalism and visual arts. He completed his MFA in Film and Media Arts at Temple University. His film work has been broadcast on national television and exhibited in film festivals in Havana, Cuba (1996 and 2000); Rosario, Argentina (2000); FIPATEL, Biarritz, Francia (2000); Bogota, Colombia (2003); Mexican Human Rights Film Festival (2003); Nextframe, US (2009); in dance film festivals in the US and Spain (2010 a 2013), and Cartagena (2020). In 2004 he received the Simon Bolivar National Journalist Prize for his documentary The Enchanted Kingdom. His documentary Ciudad a tres bandas is part of the Colombian Documentary Showcase (La Maleta). He served in several positions developing audiences for film in his country such as the programming director for the art cinema house Colombo Americano (2004-2006), and as a founder and director of Sin Fronteras Film Festival (2007-2008). Since 2011 he has been working on the research, development and production of the ‘Mi Casa / My Home’ trilogy. La casa de Mama Icha is his first feature film.