Ripped from the pages of Guatemala’s recent wrenching history, LA LLORONA follows the story of a fictional and indignant retired 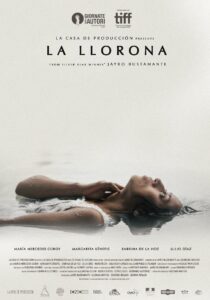 general, Enrique, as he is being forced to face his murderous past at his own trial for the genocidal massacre of thousands of Mayans decades ago. As a horde of angry protestors threatens to invade their opulent home, the women of the house – his haute wife, conflicted daughter, and precocious granddaughter – weigh their responsibility to shield the erratic, senile Enrique against the devastating truths behind being publicly revealed and the increasing sense that a wrathful supernatural force is targeting them for his crimes. Meanwhile, much of the family’s domestic staff flees, leaving only loyal housekeeper Valeriana until a mysterious young indigenous maid arrives. A tale of horror and magical realism, the film reimagines the iconic Latin American fable 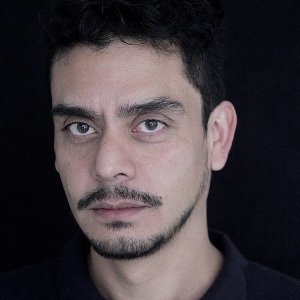 as an urgent metaphor of Guatemala’s recent history and tears open the country’s unhealed political wounds to grieve a seldom discussed crime against humanity. LA LLORONA marks Jayro Bustamante’s third feature and demonstrates his continued efforts to highlight social inequality in his native Guatemala with deft sensitivity and visual richness. The Silver Bear-winning director, writer, producer and editor, Jayro Bustamante (Temblores, Ixcanul) joins us to talk about his tale of horror and fantasy, ripe with suspense, and an urgent metaphor of Guatemalan recent history and its unhealed political wounds,

For news and updates go to: filmfactoryentertainment.com/la-llorona

LA LLORONA will make its U.S. theatrical premiere this Friday, March 5 as part of the programming at the IFC Center, which is reopening following one year of closures of New York City movie theaters.

LA LLORONA is Guatemala’s Official Oscar® entry for Best International Feature Film, and one of the 15 films shortlisted being considered for the final five films in the running for the Academy Award.

“Bustamante’s La Llorona is a bold assertion of the embedded prejudice against indigenous populations in his home country of Guatemala while also asserting that women and children in particular bore the brunt of the violence.” – Natalia Keogan, Paste Magazine

“Smart and elegant. The real horror lies not in the supernatural but in the savage acts of men.” – Carolina Miranda, Los Angeles Times

“Bustamante’s reimagining of the famous folkloric figure is a reminder that in the right hands, horror can be turned into something with almost indescribably enormous ideological potency.” – Alexandra Heller-Nicholas, AWFJ Women on Film

“Bustamante’s latest travels into the dark recesses of the human condition to shine a brightly shimmering spotlight on vile evils that should never be locked away and forgotten.” Sara Michelle Fetters, MovieFreak.com

“La Llorona is a beautifully conceived and constructed piece which cleverly utilises ghost story tropes, imagery and sound effects to enhance the impact of its real-life inspired revelations.” – Emma Simmonds, The List