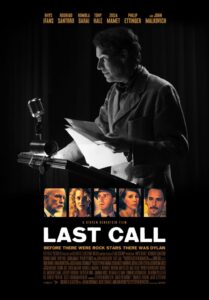 City as renowned poet Dylan Thomas’ (Rhys Ifans) began his final tour in 1953 – a tour that was meant to save him from ruin. The Welsh poet’s reputation for heavy drinking and philandering would soon be forgotten as eager audiences are captivated by his poetry lectures. Full of poetry, passion, and an ultimate betrayal, the poet who gave us Do not go gentle into that good night, Under Milkwood, and stories and broadcasts such as A Child’s Christmas in Wales and Portrait of the Artist as a Young Dog, rages, loves and fights against the gathering darkness. One day at the local White 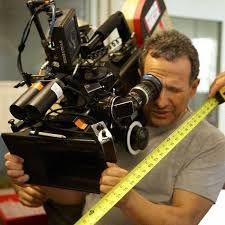 Horse Tavern, he drinks 18 double scotches, naming each one after his life experience. Soon his fantasies, his memories, and an uncertain present blend into a wild, surreal farewell to the world. Inspired by the real life of a man who was regarded as one of the twentieth century’s most influential lyrical poets, LAST CALL stars Rhys Ifans (The Fantastic Flitcrofts), two-time Academy Award-nominee John Malkovich (In the Line of Fire, Places in the Heart) as Thomas’s confidant and enabler, Dr. Felton, and in supporting roles, Rodrigo Santoro (Westworld), Romola Garai (Atonement), Tony Hale (Veep), Zosia Mamet (Girls), and Philip Ettinger. Director Steven Bernstein stops by to talk about the enduring legacy of a literary giant, pulling together a stellar collection of actors and how his love of classic TV dramas inspired his vision to work on a black and white cinematic canvas.

For news and updates go to: kstreetpictures.com