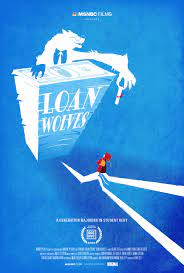 politics editor for Salon, as he gets to the root of the student debt crisis, currently at $2,000,000,000,000 and counting. Following the stories of those most affected, Zeff ultimately zeroes in on the unexpected heart of the problem and exposes the rotten core of the country’s policy making. Confronting powerful enablers and challenging lies, LOAN WOLVES is a humorous and eye-opening documentary that demystifies this national debt crisis,  and the orgin story behind the obscure “carve out” in the 1998 education bill that

the debtors. Director Blake Zeff joins us for a spirited conversation on the enormity of student debt, the pernicious legal entanglement that make the debt so onerous, and why allowing people to discharge the student debt or debt forgiveness is good for the people in debt, their families, and for a more prosperous economy for all.

“An excellent new documentary… we should all treat this situation with great seriousness and urgency.” – Patrice Apodaca, Los Angeles Times