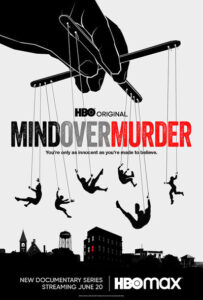 Nanfu Wang and produced by Vox Media Studios chronicles the bizarre and psychologically complex story of six individuals who were convicted for the 1985 murder of a beloved 68- year-old grandmother, Helen Wilson, in Beatrice, Nebraska. Despite five of the individuals originally confessing to the crime, the “Beatrice Six” as they became known, were exonerated by DNA evidence in 2009, a turn  of events which divided the rural town and

incensed the family of Helen Wilson. As the filmmakers track the case from the murder, through investigation, trial, exoneration and two civil suits, shifting perspectives cloud the truth; a stranger-than-fiction tale emerges that raises salient questions about the reliability of confessions and memory in

criminal cases. Director Nanfu Wang (Hooligan Sparrow, One Child Nation, In the Same Breath) joins us for a conversation on her own journey to gain the confidence of a community convinced they already knew the truth, uncovering the venality of local government officials, and her ideas about how storytelling can be a way to break through to people traumatized by violence and misinformation.

For updates and screenings go to: hbo.com/mind-over-murder

Mind Over Murder debuts MONDAY, JUNE 20 (10:00-11:00 p.m. ET/PT) with new episodes airing subsequent Mondays at the same time on HBO and will be available to stream on HBO Max.

“[Wang’s] comprehensive style, particularly her uncanny ability to diagram how authoritative systems can act against vulnerable individuals, somehow moves with a sharper precision than ever in “Mind Over Murder.”’ – Robert Daniels, RogerEbert.com

“Still, at least some of the key figures in this decades-long nightmare seem to have reached some measure of closure, though just about everyone is still haunted by the events of 1985…” – Richard Roeper, Chicago Sun-Times

“Superbly carried out…a complex attempt at using art to determine and reveal the truth—and, also, to help bring about some measure of healing.” – Nick Schager, The Daily Beast