On September 5th, 1981 a group of women came together to change the world. 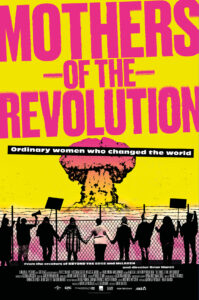 These women marched from Wales to Berkshire to protest over nuclear weapons being kept at RAF Greenham Common. The Greenham Common Women’s Peace Camp that followed, challenged world leaders, altering the course of history and went on to inspire millions as the world’s first and biggest female-only demonstration, preceded only by the suffragettes.  MOTHERS OF THE REVOLUTION, a feature-length documentary that tells the story of the extraordinary women behind the Greenham Common Peace Camp, heads to the USA this Fall. Narrated by Glenda Jackson and featuring interviews with key participants including Julie Christie and Rebecca Johnson, alongside 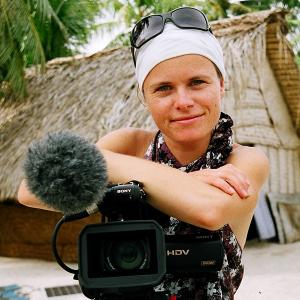 archive footage from the Greenham Common Women’s Peace Camp, Mothers of the Revolution takes you through one of the longest protests in history, when between 1981 and 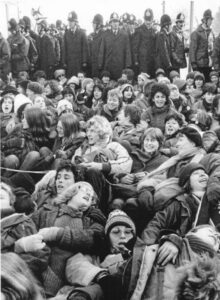 2000, thousands of women from around the world came together at Greenham Common to take a committed stand against nuclear proliferation.  Forty years ago, these everyday human beings began with that first step on their march to Greenham Common and became the heroes of a movement that changed the world. Director Briar March (Coffin Club, There Once Was An Island) joins us for a conversation on just how groundbreaking and historically under-appreciated this protest movement is, the varied lives of the working class women who came together for this cause and the lessons that every one of us can and should take away from their remarkable story.

For news screenings go to: mothersoftherevolution-movie.com

Background – The Greenham Common Women’s Peace Camp was a series of protest camps established to protest against nuclear weapons being placed at RAF Greenham Common in Berkshire,  England. The camp began in September 1981 after aWelsh group, Women for Life on Earth, arrived at Greenham to protest against the decision of the British government to allow cruise missiles to be stored there. After realizing that the march alone was not going to get them the attention that they needed to have the missiles removed, women began to stay at Greenham to continue their protest. The first blockade of the base occurred in March 1982 with 250 women protesting, during which 34 arrests and one death occurred. The camp was active for 19 years and disbanded in 2000.

About the filmmaker – Her filmography comprises three feature length documentaries, Home (2014), There Once was an Island: Te Henua e Nnoho (2010), and Allie Eagle and Me (2004), as well as four documentary shorts: Smoke Songs (2012), Michael & His Dragon (2010), Sick Wid It (2010), and Promenade (2011). Her wide interest in multi-media has lead her to work as a television editor, production manager, and cinematographer on both fiction and documentary projects, and she is highly involved in the New Zealand Film and Television community. In 2011-2012 she was a fulltime Instructor in Documentary Film Production at Florida Atlantic University. Briar has since moved to New Zealand and in 2013 worked for Attitude Pictures making television documentaries about people living with disabilities.  Since leaving Attitude she has been completing a feature documentary for Maori Television and Pacific Islanders in Communications.  Briar received an M.F.A in Documentary Film and Video Production at Stanford University, and a B.F.A at Auckland University’s Elam School of Fine Arts. She shares the production company On the Level Productions, with Lyn Collie. In all of her work Briar hopes to challenge and inspire audiences, with a view that cinema is both a tool for social change and an important form of art-making. For more go to: xyz.thereoncewasanisland.com

“A celebration as much as it is a reflection on the history of the Greenham Common peace camp. Informative, but the fact there is enough material here for a couple of films is a mixed blessing.” – Sam Inglis, HeyUGuys

“[An] earnest, unabashedly emotional chronicle, which throws a long-overdue spotlight on a chapter in the history of civil disobedience.” – Leslie Felperin, Guardian

“Mothers of the Revolution will appeal to any maternal or paternal instinct to protect Mother Earth for future generations.” – Wendy Shreve, Featuring Film

“Mothers of the Revolution reminds us to value all those whose dedication and courage is too seldom recognized.” – Nell Minow, RogerEbert.com