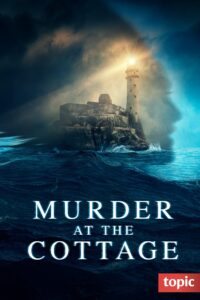 investigation into the brutal killing of two days before Christmas in 1996 of  French TV producer Sophie Toscan du Plantier at her holiday cottage in Schull, West Cork. In 2019, the key suspect, English journalist Ian Bailey – the first reporter on the scene – was found guilty in absentia by the French courts yet was never found guilty in Ireland, owing to a lack of reliable evidence.  In the true crime docuseries, MURDER AT THE COTTAGE: THE SEARCH FOR JUSTICE FOR SOPHIE, Academy Award®-nominated filmmaker

Jim Sheridan takes viewers on a journey of the unsolved case that has haunted West Cork for almost 25 years. Piecing together original evidence, never-before-seen footage and interviews with

those closest to the case, Sheridan tries to make sense of what happened that night. Having successfully fought repeated extradition requests from the French authorities, Bailey still resides in West Cork and maintains his innocence to this day. Six-time Academy Award®-nominated filmmaker Jim Sheridan (My Left Foot, In the Name of the Father, The Boxer) joins us for a conversation on

the haunting specter Sophie Toscan du Plantier’s savage murder had in motivating him to make this docuseries, the complicated “suspect” that Ian Bailey became over the last two and a half years, the international political and judicial hand grenade that the case presented for France and Ireland, and the role that the local Irish police had in bolloxing the entire investigation into the victim’s unsolved death.

Watch Murder at the Cottage at: topic.com

About the filmmaker – Jim Sheridan is the father of Amira Sheridan. Following a distinguished career in the theatre between the 1960s and the 1980s, Jim Sheridan wrote and directed his first critically acclaimed feature MY LEFT FOOT in 1989. The film was nominated for two European Film Awards. He followed this in 1990 with THE FIELD which he also wrote and directed. In the same year he wrote the screenplay INTO THE WEST which was directed in 1992 by Mike Newell. In 1993 he wrote, produced and directed IN THE NAME OF THE FATHER, which again was nominated for a European Film Award, and in 1995 he wrote and produced SOME MOTHER’S SON, which was directed by Terry George. In 1997 he wrote, produced and directed THE BOXER and in 1999 he produced AGNES BROWNE, directed by and starring Anjelica Huston. He was also executive producer of BORSTAL BOY, ON THE EDGE and BLOODY SUNDAY. IN AMERICA, which he produced, directed and wrote, was released in 2003. In 2005 he directed and produced GET RICH OR DIE TRYIN’. BROTHERS was released in 2009 and DREAM HOUSE in 2011. His most recent feature film is THE SECRET SCRIPTURE. He directed the short film 11th HOUR at the end of 2016 and also the documentary SHELTER ME. Jim Sheridan’s films have achieved popular and critical acclaim throughout the world. His films have garnered sixteen Oscar nominations and have won two Academy Awards as well as numerous prestigious international awards. Jim Sheridan lives in Dublin and is married and he is the father of four daughters.