Nena Erb, an ACE and Emmy®-winning editor, for her work can be seen 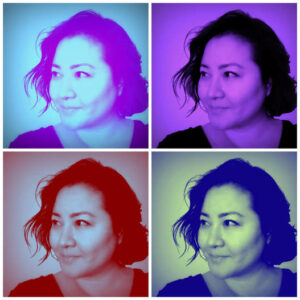 on HBO’s Emmy®  nominated and Peabody award-winning series  INSECURE, episode Lowkey Trying directed by Kerry Washington. As both an Asian American and person of color, she is committed to advancing the stories of others. She is thrilled to be a continuing part of the team showing the reality of life for modern women of color in America.  Her work can also be seen on Apple TV’s groundbreaking Little America series. As an immigrant herself,

she’s excited to help shape standout episodes for this series this season including The Son, tackling a gay man’s struggle for safety and love as he attempts a harrowing immigration to the United States and The Silence, which charts love among immigrants in a situation where

sound/speaking is forbidden. Emmy nominated editor Nena Erb joins us to talk about the career decision that brought her to the editing suite and why mentoring others is her way of helping others “get into the room” where they can have a positive impact on the stories being told.

For the latest on the work of Nena Erb go to: nenaerb.com

To find out more go to: hbo.com/insecure

About the filmmaker: Nena Erb, a gifted ACE and Emmy®-winning editor born in Taipei, Taiwan and based in Los Angeles. Her family immigrated to the US in the late 70’s to live in a democracy and have the right to vote. Raised in an Asian American immigrant family, Nena’s father wanted her to be a doctor and her mother wanted her to be a pianist with the LA Philharmonic.  Nena wanted to be Andy Warhol. After graduating with an art degree, a friend brought her into the entertainment industry and she started working in various capacities in production. It was her stint as an associate producer that gave her the opportunity to work closely with editors. This proved to be a defining moment for her interest in post-production. Since then, Nena has been the editor on productions for HBO, Universal, CBS, Apple, and others.  She is experienced in multiple genres from drama series to feature films, documentaries and comedy.  In 2016, she received an Emmy® award for her work on HBO’s documentary series Project Greenlight.In addition, she has received two ACE Eddie nominations for her work, one for HBO’s Peabody award-winning series INSECURE and the other for CW’s acclaimed seriesCrazy Ex-Girlfriend. Currently, she is editing Little America, an anthology series on America’s immigrants, produced by Kumail Najiani, Emily V. Gordon, Alan Yang, and Lee Eisenberg.